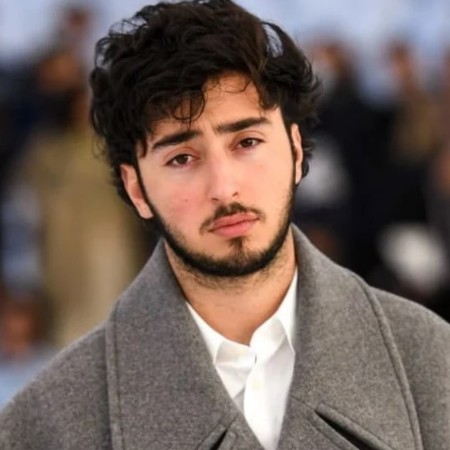 American socialite, music executive, club promoter, and DJ Zack Bia rose to popularity after he co-founded Field Trip Recordings along with James Canton in the year 2018. Additionally, he is well known for working with top celebrities like Drake, Kendall, and Kylie Jenner.

Who is Zack Bia’s Father?

Zack Bia opened his eyes to this beautiful world on June 9, 1996, in New York, New York in the United States of America. This makes Zack 26 years old as of now. His full name of Zack by his birth is Zack Bialobos. Zack Bia celebrates his birthday on every 9 June every year with his friends and family.

According to astrology, he falls under the Gemini sun sign. Zack’s father’s name is Olivier Dior. Dior is a Chief Communication Officer for the Christain Dior. When Zack was only 9 years old his parents got separated from each other. He was raised by his mother.  Bia holds the American nationality and belongs to white ethnic background.

Where did Zack Bia go to college?

Zack attended Beverly Hills High School and completed his higher-level education. In that school, he played quarterback for the football team. After that in the year 2015, he enrolled at the University of Southern California till 2018.

As of now, Zack is in a romantic relationship with his beautiful girlfriend Olivia Rodrigo. By profession, his girlfriend is an American singer-songwriter and actress. At first, they knew each other at the Super Bowl in February.

After that, they were first spotted together on April 25 in New York City. Once Zack invited Olivia to Super Bowl parties. After that, they were spotted dating each other. Olivia and Zack upload many photos on their official Instagram account. They are very happy with their relationship.

Past Relationship of Zack Bia

Previously, Zack was in a relationship with Madison Beer who is an American singer by profession. They began dating each other from the year 2017 to 2019. Madison and Zack hung out in the front row for Virgil Abloh’s Off-White show in Paris on January 21. They also used to upload breathing pictures on their official account together.

After ending his relationship with Madison he began dating Madelyn Cline in the year 2021. By profession, his ex-girlfriend is an American actress and model. But their relationship did not work as expected after a couple of months. So, both of them ended their bond.

What is Zack Bia’s Net Worth?

As of 2022, Zack has an estimated net worth in the range of between $2 million to $3 million. He grabbed this decent sum of fortune from his successful long-term career as an American socialite, music executive, club promoter, and DJ.

In the United States, the annual salary of a music executive is in the range of $10,001 to $237,396. We can assume that Zack is also getting in the same range. Besides this, he also gets a good sum of money from the ads and sponsors as well.

Zack has luxury cars like Mercedes Benz W123, Tesla Model X, Matte Black Lamborghini, Rolls Royce Phantom, Mercedes Benz G-Wagon 6*6, and many more. He is enjoying his life with the income he makes from his career.

How tall is Zack Bia?

Zack stands at a height of  5 feet 8 inches tall. He has a body weight of 65kgs. Similarly, he has attractive dark brown color eyes and black color hair.

Is Zack Bia related to Drake?

Zack and Drake are not related to each other biologically. But they are friends of each other. Thye have worked with each other on many projects together.