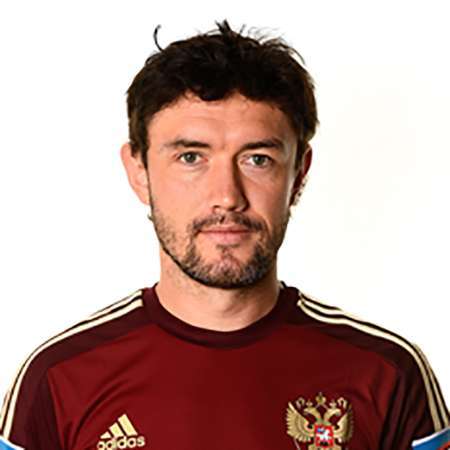 Is Footballer Yuri Zhirkov still with Wife Inna, Net Worth 2022 with Career

Yuri Zhirkov is a Russian football player who is playing for the Russian national team and a Russian team, Zenit Saint Petersburg as a left-winger.

Yuri Zhirkoz was born Yuri Valentinovich Zhirkov on 20th August 1983 in Tambov, Soviet Union, Russia. As of 2022, she is 39 years old and her horoscope is Leo. He is the son of Valentin Ivanovich Zhirkov (father) and Galina Zhirkova (mother).

Yuri holds Russian nationality while her ethnicity is missing from the media. He had a struggling childhood due to poverty. Yuri used to skip his training sessions to help his parents in agriculture so that they would have enough crops during the next season.

Who is Yuri Zhirkov Married to?

Yuri Zhirkov is living a happy married life with his wife Inna Zhirkov. The couple tied the wedding knot on 1st February 2008. His wife said that she always dreamed about a Russian life partner and it’s far “better not to have any sexual relations with foreigners”.

The couple has shared three adorable kids Milana Yoryevna Zhirkova, Dmitriy Yoryevich Zhirkoz, and the youngest whose name is still a mystery.

What is Yuri Zhirkov’s Net Worth and Salary?

He has an annual salary is around $1 million as of 2022 which he earns from playing for his current club, Zenit Saint Petersburg, and has a current market worth around £720k.

Yuri signed a four-year contract with Chelsea in July 2009 for a transfer fee of £18 million. Despite the contract, Chelsea declared Yuri’s departure from the club in August 2011 to Anzhi for an undisclosed fee. Though the amount was kept a secret, it was rumored to be more than £13.2 million for four years.

How are the Body Measurements of Yuri Zhirkov?

Yuri has an estimated net worth of 5 feet 9 inches and her body weight is around 76 kg. Zhirkov has light brown colored hair and his eyes are blue in color.

Yuri started his professional career at Spartak Tambov scoring a total of 26 goals in 74 matches before joining CSKA Moscow.

Yuri became part of CSKA Moscow in January 2004 playing an official match against Spartak Moscow in the Russian Super Cup in March 2004. Later, he made a debut performance in the UEFA Champions League on 27th July 2004 against Neftchi Baku.

Yuri signed a four-year contract and joined Chelsea on 6th July 2009. Later, he made his debut performance and eventually became the winner in a friendly match against Milan.

After suffering knee damage, he made his Champions League debut for the team in November 2009 against Porto.

Yuri made the only goal in a UEFA Champions League match against Spartak Moscow in October 2010. He departed from Chelsea and joined Russian Premier League side Anzhi Makhachkala. Later, he signed a two-year deal with Zenit Saint Petersburg on 26th January 2016.

Related Posts of Is Footballer Yuri Zhirkov still with Wife Inna, Net Worth 2022 with Career