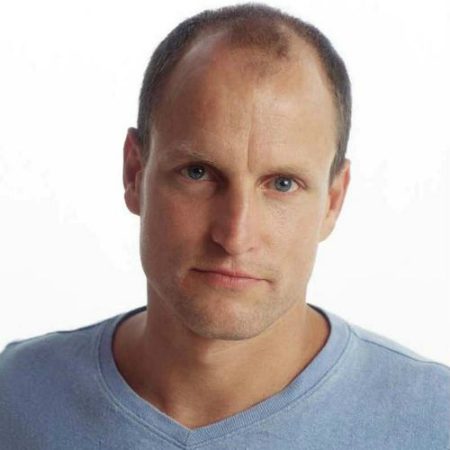 What is Woody Harrelson Net Worth 2022? Who is His Wife?

Woody Harrelson is an American actor who is famous for portrayals of basketball hustler Billy Hoyle in White Men Can’t Jump. Besides, he is also a comedian, activist, and playwright.

Woody Harrelson entered this earth as Woodrow “Woody” Tracy Harrelson on July 23, 1961, in Midland, Texas of the United States. As of 2019, his age is 58 years old under the birth sign Leo. He was born to parents Diane Lou Oswald and Charles Voyde Harrelson.

His nationality is American and belongs to a white ethnical background. Harrelson grew up in a Presbyterian household along with his two brothers named Jordan Harrelson and Brett Harrelson as his siblings.

During the year 1964, his parents were divorced. His father was a convicted contract killer and received a life sentence for the 1979 killing of Federal Judge John H. Wood Jr. in San Antonio, Texas. He died on March 15, 2007, in the United States Penitentiary Administrative Maximum Facility.

What is the Height of Woody Harrelson?

Woody stands at a height of 5 feet 9 inches with an average weight of 83 kg. He has got blue color eyes with light brown hair color. Further, he is active on Twitter, Facebook, and Instagram.

In his early days, Woody struggled a lot as his family was poor and reliant on his mother’s salary. Later he moved to his mother’s native city Lebanon, Ohio in 1973. There he studied at Lebanon High School. He worked at Kings Island amusement park while he spent the summer of 1979. He attended Hanover College. There he joined the Sigma Chi fraternity. He earned a Bachelor of Arts in theater and English in 1983. He was friends with future Vice President Mike Pence.

“I was getting into theology and studying the roots of the Bible, but then I started to discover the man-made nature of it. I started seeing things that made me ask, ‘Is God really speaking through this instrument?’ My eyes opened to the reality of the Bible being just a document to control people. At the time I was a real mama’s boy and deeply mesmerized by the church.”

In the year 1986, Harrelson made his movie debut by sports comedy movie Wildcats. The movie turned out to be a box office hit grossing $26.2 million worldwide and raised his fame as well. There he appeared along with Goldie Hawn, James Keach, and Swoosie Kurtz, among others. Also, the movie was the debut of Wesley Snipes.

He joined with Wesley Snipes in other box office hit White Men Can’t Jump and the box office bomb Money Train. He starred opposite Robert Redford and Demi Moore in the 1993 drama Indecent Proposal. It was a box office success grossing $265 million.

He also appeared in the Oscar-winning 2007 crime thriller movie No Country for Old Men. There he played the role of Carson Wells which was a crime thriller that won the Oscar during the year 2007. The movie won Best Picture and Best Director for Joel Coen and Ethan Coen. Likewise, Woody also won a Screen Actors Guild Award for Best Cast.

What is Woody Harrelson estimated Net Worth?

Woody Harrelson has an estimated net worth of around $65 million as of 2022. His salary ranges to a million as he earned from his successful film career. He has had many hit movies in his career.

Married Life with His Wife

Woody Harrelson is a married man. He married Laura Louie who is Harrelson’s former assistant and co-founder of Organics, an organic food delivery service. After an affair for many years, the couple married in 2008.

From their marriages, they have three daughters named Deni, Zoe, and Makani. As of now, the family of five is living a happy and successful life with the bondage of love and affection among each other. All reside in Maui.

He loves cooking a lot and often makes his best dishes with the help of his wife.

His Past Relationship and Ex-Wife

Previously, he was married to Nancy Simon daughter of Neil Simon. The couple tied the knot in 1985 in Tijuana. They first met on 29 June 1985 and started the relationship. After ten months of their marriage, they had a divorce as the relationship was not intended to be serious.

The couple divorced on 20 January 1986 with a mutual understanding. They were also known as the best couple when they were together. Besides, Harrelson was in an affair with Moon Unit Zappa as well as Ally Sheedy. Also, he has dictated being a sex addict and also minimized his addiction towards the use of drugs and sex.

Professionally he is working across the entertainment industry for a very long time as a playwright, actor, and activist. In the year 1985, he has been very sincere in his profession and earning a proper profile among the people.

Who is Woody Harrelson?

Woody Harrelson is an American actor who is famous for portrayals of basketball hustler Billy Hoyle in White Men Can’t Jump. Besides, he is also a comedian, activist, and playwright.

Where was Woody Harrelson born?

Woody Harrelson entered this earth as Woodrow “Woody” Tracy Harrelson on July 23, 1961, in Midland, Texas of the United States.

Who are the parents of Woody Harrelson?

He was born to parents Diane Lou Oswald and Charles Voyde Harrelson.