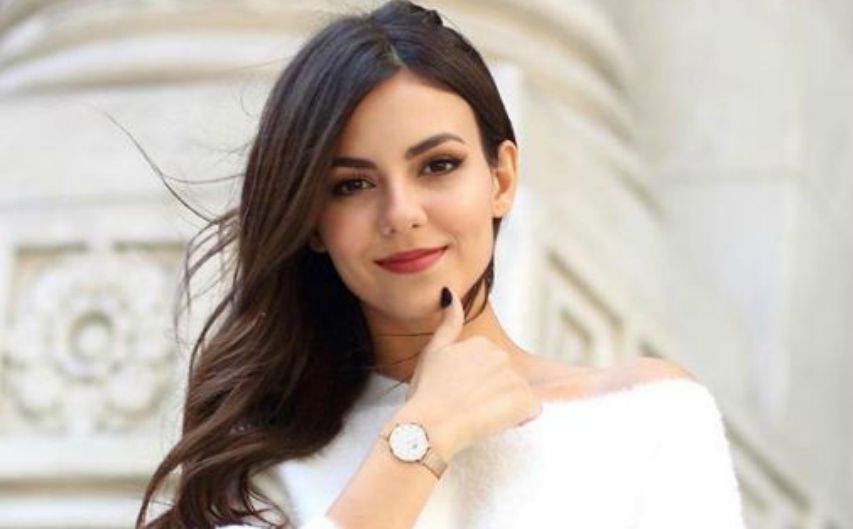 Who is Victoria Justice Dating? Know in Detail about her Dating Histories and Hook-Ups

Victoria Justice is a popular American actress, model, and singer. She is famous for the portrayal of Lola Martinez on the series Zoey 101 (2005-2008). Also, she is popular for playing the character Tori Vega in Victorious (2010-2013).

Since the year 2015, she appears on the series Eye Candy. As a singer, she has performed many songs on the soundtrack for the Nickelodeon musical Spectacular.  Currently, she has signed to Red Light Management.

Who is Victoria Justice Dating?

Who is Victoria Justice Dating? Victoria Justice has been in a number of relationships in her entire life. Currently, Victoria Justice is dating Reeve Carney who is an actor, singer, and songwriter. The couple met for the first time on the set of Rocky Horror Picture Show. Since October 2016, she is in a romantic relationship with him. They seem to be so much in love and have been spotted at various places including Victoria’s birthday in February and attended the Loreal Paris bash in West Hollywood.

The couple has been together for less than a year and their relationship is going very well. The happy news of marriage has not come yet to the media. However, the couple is going to give us some good news.

Victoria Justice is not married yet but she had a long dating history. She first started dating even at the young age of 11 years with one of the Sprouse twins, Cole Sprouse. It was reported that the two were in a relationship until the year 2005.

Later, Victoria dated The Hunger Games artist Josh Hutcherson from the year 2008 to 2009. She then involved in a relationship with her ex-boyfriend Nicholas Hoult in the year 2009 and broke up with him the same year. But their breakup is still a mystery.

After that, Victoria and Ryan Rottman dated from the year 2011 to the year 2013. Again, she began dating the 2014 movie Naomi and Ely’s No Kiss List co-star Pierson Forde. They were also seen cozying up with each other at the Staples Center’s Hyde Lounge for Beyonce’s Mrs. Carter Show World Tour.  Despite their loving relationship, the power couple also separated in November 2015.

Victoria Justice seems to be so choosy in her relationship, but now she has met her soulmate. By Dec 2016, she is dating actor and musician, Reeve Carney. The couple is still together and judging by their social networking sites the two seem much in love.