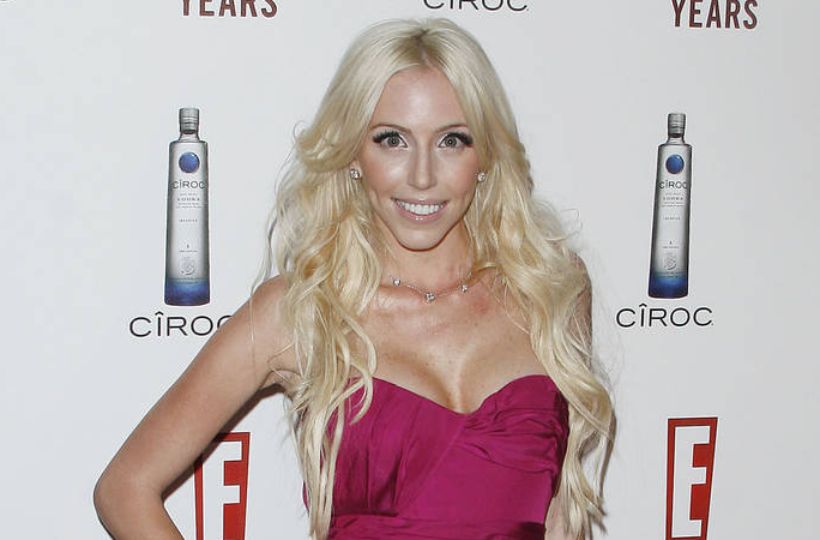 American TV personality, Casey Reinhardt is widely popular for appearing in reality TV shows like Laguna Beach: The Real Orange County, Cupcake Wars, The Hills, and so on. Apart from that, she is also an actress, model, and entrepreneur.

As her professional life is already known to the public, they are more curious to know about her personal life. So, today we’ll discuss more her husband, children, family, and other interesting facts. Don’t go anywhere and stay with us.

Who is Casey Reinhardt married to?

Casey Reinhardt is happily married to her long-term boyfriend, Sean Brown. The couple was childhood lovers, they dated for several years before tying the wedding knot. They finally announced themself as each other’s husband and wife on 20th February 2016 at a private wedding ceremony. Their ceremony was held in a romantic sunset wedding at The Resort at Pelican Hill in Newport Beach, California.

Since the wedding, the couple has been inseparable as they live a blissful married life without any sign of divorce or extra-marital affairs. The couple seems like each other’s first love because there is not even a single piece of information regarding their past dating history.

Who is Casey Reinhardt’s Husband?

Casey’s husband, Sean Brown is an American founder, and CEO of GO VC, venture capitalist, as well as a technology entrepreneur. The couple first met each other during their childhood days at a skating rink in Aspen, Colo from where the romance bloomed. The couple dated for a while and they finally engaged each other on 12th August 2015. Casey announced her engagement through her official Instagram account saying:

“My breath is taken away… I’ve never felt happier in my entire life!!! I love you so much @seanmbrown1!!!! How lucky am I to have found my soulmate… I can’t wait to spend the rest of my life with you!!!!! Happiest day of my life!!”

They are quite supportive of one another and they never leave each other alone. The couple often makes public appearances together at several events and functions as husband and wife.

Does Casey Reinhardt have a Child?

Casey is a proud mother of two children, a daughter, and a son. She welcomed her daughter, Kensington Kelly in August 2016 while her son, Sean Duane, was born in January 2018. The entire family is living a happy and peaceful life in Revelstoke, British Columbia.

Yes, Casey is related to Doug Reinhardt. Doug is her biological brother. Her brother, Doug is an American former baseball player, sports agent, as well as a television personality. Casey has a special bond with her brother.

Where does Casey Brown live?

Casey currently lives in Revelstoke, British Columbia with her husband, Sean, and two children. Thorugh she is born in Beverly Hills, California, United States, she has been settled there with her husband.

Who are Casey Reinhardt’s parents?

Casey was born to Kelly Roberts (mother) and John Reinhardt (father). Her mother is an American businessman. She was raised in Laguna Beach, California, and Dana Point, California by her mother and stepfather, Duane Roberts.

Where did Casey Reinhardt study?

Casey joined Pepperdine University in Malibu, California. She studied d Psychology and Pre-Law there and received a degree in Psychology in the year 2010.