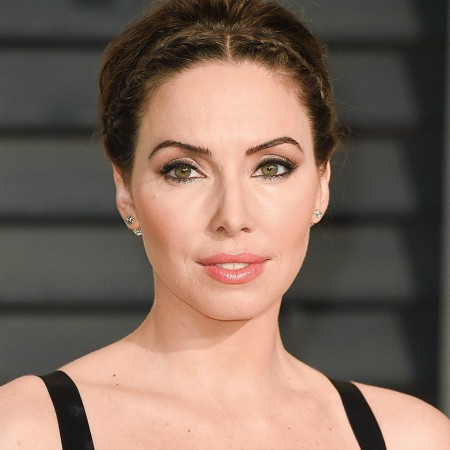 Is Whitney Cummings Married to Her Partner? Net Worth 2022?

American comedian, Whitney Cummings is popular for starring in “Whitney” from 2011 to 2013. Also, she is a model, actress, writer, director, producer, and podcaster. She has co-created the series”2 Broke Girls” which ran from 2011 to 2017.

The Early life of Whitney Cummings

Born on September 4, 1982, as the daughter of Patti Cummings (mother)  and Vince Cummings (father) in Georgetown, District of Columbia, United States. Her parents divorced when she was only 5. She has two older siblings a half-brother Kevin Cummings and a sister Ashley Cummings. Cummings is American by her nationality and is of white ethnicity.

Whitney Cummings Met Her Partner on a Dating App.

Interestingly, Whitney met her partner on a dating app. She mentioned that she had met her love of life on a dating app in November 2017. Also, she said that you either find a husband or get murdered by the person you meet on such a platform. Luckily for her, Cummings met her future husband Miles Skinner. The couple has kept their relationship private after meeting Skinner online.

“You either find a husband or you get murdered,” the Female Brain director joked during an appearance on Conan in Novemeber 2017. “I’m in a good relationship now, it’s been going on for 10 months. We met on the internet.”

After dating them a year and a half, she accepted the proposal of her partner. Her partner Skinner proposed to her on September 4, 2018, on her 36th birthday. She shared a video on the same day where she showed off her engagement ring on her Instagram page. Then she captioned the video with a heartfelt message which read,

“Today I got engaged. I handled it great! This just goes to show that if you work on yourself, trust your gut, and keep your ego in check, you too can find love on a dating app.”

Her Partner Miles is the executive creative director of special projects at VICE. Also, he has worked with several reputable brands such as Adidas, Rolls Royce, and Nike. Whitney said she put wedding planning on hold, calling the process “stressful.” in November 2018.

“Yeah, you know, it’s stressful,” she told Us Weekly. “With everything that’s going on, it’s expensive. I don’t want to be that person who does the ‘sponsored’ wedding and like have to do that … I’m trying to find a way to do it. We’ll see.”

What is the Net Worth of Whitney Cummings?

Whitney’s earnings from stand-up comedy, producing, writing, acting, and other lucrative endorsement deals have brought in millions into her bank account. According to celebrity net worth, Whitney Cummings has an estimated net worth of $30 million as of 2022. Also, she earned $60 Thousand per episode while working on the series series”2 Broke Girls” which ran from 2011 to 2017.

Whitney bought a home worth $4.3 million in Woodland Hills, California in the suburbs of Los Angeles in May 2019. She paid $1.49 million on a home in Studio City, California in the year 2011. It is clear Cummings is living a luxurious life out of her earnings.

How tall is Whitney Cummings?

She stands at a height of 5 feet 10 inches (1.8 meters). While her body weighs around 61kg i.e 135lbs. Her glass hour shape measurements are 33-24-35 inches respectively. Whitney has dark brown hair color with green eyes color.