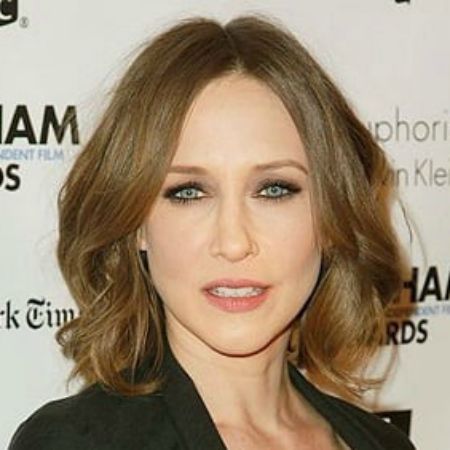 Vera Farmiga is an American actress, director, as well as a producer.

Vera Farmiga was born as Vera Ann Farmiga in Clifton, New Jersey on August 6, 1973. As of 2019, she is 46 years old and her sun sign is Leo. She was born to her parents Michael Farmiga and Luba Farmiga. Her mother was a schoolteacher and her father was a systems analyst-turned-landscaper.

Who is Vera Farmiga Husband?

Vera Farmiga was previously married to the French actor Sebastian Roche. They were in a relationship for a year and later married in 1997. They divorced in 2004.

She is currently a married woman. She married American musician Renn Hawkey. After dating for four years the pair married on 13 September 2008. They have two children from this marriage, Fynn and Gytta Lubov. The marriage is going strong as there is no news regarding any extramarital affairs at present.

Although Farmiga has not been part of any notable controversies herself, the show that she is part of ‘Bates Motel’ has attracted numerous controversies over the years. At present, there are no rumors concerning Farmiga and her career.

What is Vera Farmiga Net Worth?

Farmiga has an estimated net worth of around $10 million at present.