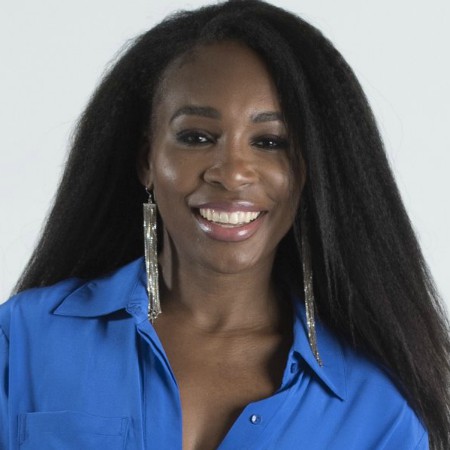 Venus Williams is an American professional tennis player who has won seven grand slam titles in her career.

Venus Williams was born Venus Ebony Starr Williams on 17th June 1980, in Lynwood, California, the United States of America. As of 2019, she is 39 years old and her horoscope is Gemini. She is the daughter of Oracene Price (mother) and Richard Williams (father).

Venus is an American by her nationality and belongs to the black ethnicity. From an early age, she was passionate about playing tennis and attended several coaching. Her father, Richard provided her a perfect coaching and new shapes for her tennis career. She attended the Art Institute of Fort Lauderdale in the year 2007. Later, she joined Indiana University East.

Who is Venus Williams’s Husband?

Venus Williams is currently in a romantic relationship with her millionaire boyfriend Nicholas Hammond. The couple has not disclosed their dating details, however, it is estimated that they are in a relationship since the year 2017. The couple is often spotted together, they were seen together at her sister, Serena’s wedding ceremony with her husband Alexis Ohanian.

Before dating Nicholas, she was in an affair with her former boyfriend who is a pro golfer, Hank Kuehne. In the year 2010, the couple separated without clearly stating the reason behind their separation.

In the year 2012, Venus began dating a professional model Elio Pis. Their relationship was going well until they separated in 2015.

How much is Venus Williams’s Net Worth and Salary?

Venus Williams has an estimated net worth of around $95 million in 2022 including all of her properties and incomes. She is one of the highest-earning female athletes with $41.325 million in earnings from prize money in her career.

In the year 2017, she reportedly earned around $10.5 million including $3.5 million from prize money and $7 million from endorsement deals. However, the exact amount of her salary is not available at the moment.

Venus endorsed several popular brands in the world. She agreed on a five-year deal with Reebok in the year 2000, which was one of the highest-paid endorsement deals at the time. Also, she partnered with Tide, Electronic Arts, and Ralph Lauren.

Venus Williams stands at a tall height of 6 feet 1 inch and her body weight is 75 kg. She has an athletic body build with measurements of 35-26-35 inches. Venus’s hair and eyes are black in color.