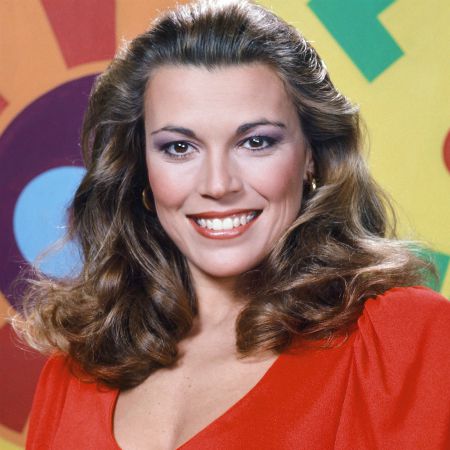 Vanna White is an American television personality and film actress who earned a lot of attention and recognition for her appearances as the hostess of Wheel of Fortune since the year 1982. Before hosting the show, Vanna worked as a model.

Vanna White was born as Vanna Marie Angel on 18th February 1957, in North Myrtle Beach, South Carolina, the United States of America. Currently, she is 62 years old and her birth sign is Aquarius. Her mother’s name is Joan Marie Rosich while her father’s name is Miguel Angel.

Due to some undisclosed reasons, her father left Vanna and divorced her mother. However, her stepfather, Herbert Stackley White Jr. played the role of a fatherly figure to provide her much-needed care and attention every child needs.

Later, they moved to Myrtle Beach, South Carolina following the success of her stepfather as an estate broker/owner of White’s Realty. Vanna holds an American nationality and belongs to the white ethnicity. She attended the Atlanta School of Fashion in Atlanta, Georgia.

Net Worth, Salary and House of Vanna White

According to some online resources, Vanna White accumulates a huge net worth of $50 Million as of 2019. Also, she makes an impressive earning as her salary of around $10 Million annually. Once Vanna was awarded $403k when she sued Samsung Electronics for featuring a parody of her in one of their advertisements in the year 1993.

Moreover, Vanna makes money from endorsements, features, ads, and sponsorship. With such kinds of earnings, she is living a lavish lifestyle with her family. Vanna White once owned and occupied a mansion on the market for $47.5 million. The mansion has eight bedrooms, 10 bathrooms, a gym, pool, mini spa, and vineyard.

Who is Vanna White dating currently after a divorce?

Previously, Vanna was married to her long-term boyfriend George Santo Pietro in December 1990. Her ex-husband, George Santo Pietro is a restaurant owner. The couple together had two children, a son Nicholas (1992) and a daughter, Giovanna (1997). Unfortunately, they divorced in the year 2002.

After her divorce from George, Vanna dated finance mogul, Michael Kaye and engaged him. However, they never married, and it seems that the marriage was called off due to some undisclosed reasons.

Talking about her past relationships, she was in a romantic relationship with John Gibson who was a dancer, actor, and Playgirl centerfold. Unfortunately, their romantic story was cut short when John Gibson died in a plane crash in the year 1986.

Vanna White stands at an average height of 5 feet 6 inches and weighs around 52 kg. Her exact body figure is 35-24-35 inches which give her an hourglass figure. Vanna has brown eyes and blonde hair. Her bra size and shoe size are 32C and 9(US.