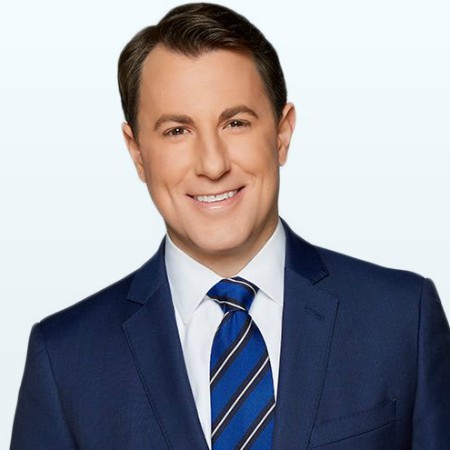 What’s Todd Piro Salary? His Bio, Net Worth as of 2022, Wife, Daughter

American journalist, Todd Piro is a host, anchor, and correspondent popular for his contributions on the Fox News Channel’s Breakfast with Friends and highlights the political news of the day. In June 2017, he joined the TV network and currently working on the FOX News Channel. Also, he works as a breaking news reporter, and occasional guest host as well.

It is fake news that Todd Piro is leaving the Fox network. The rumors started when his wife Amanda left the fox network. He is currently working at FOX News Channel’s (FNC) FOX & Friends as a news correspondent.

Who is Todd Piro Mother?

On 28th March 1978, Todd Piro was born to their father Peter A. Piro, and mother Marianne L. Piro in New Jersey. As of now, he is 44 years old. His mother Marianne is a native of Belmar, New Jersey who even has appeared on Fox & Friends’ Cooking with Friends back in August 2017 Having American nationality, Todd is of mixed ethnicity.

He has a younger siblings brother Scott Piro works in enterprise sales at LinkedIn. He joined Dartmouth College located in Hanover, New Hampshire after finishing his high school education. Piro graduated with a Bachelors Degree of Arts in 2000 from the college. Then he enrolled at the University of California and graduated with a law degree in the year 2003. Also, he worked as an MCLE instructor at the California Desert Trial Academy College of Law.

He has married twice in his life but had an estranged relationship with his first wife. So, he is yet to reveal details of his first wife.  Then Todd met his second wife on his first day at NBC Connecticut. According to him, it was loved at first sight. After a few months of their first meeting, they started dating. He with his 2nd wife visited his family in New Jersey on Memorial Day weekend.

Then he went down on his knee and popped the question. For this occasion, the house roof is decorated with candles, champagne, and roses to make things extra special. His then-girlfriend said “Yes”. After their engagement, Todd tied the wedding knot with his 2nd wife Amanda Raus on June 12, 2015. At St. Stephen Church in Trumbull, their wedding ceremony was held followed by the reception at the Inn at Longshore in Westport.

His wife Raus is no less when it comes to her career. She is a morning news anchor at FOX 61 and used to work at NBC Connecticut. Since their marriage, they are living happily together as husband and wife. According to his recent tweets, he with his wife were blessed with a daughter named McKenna Piro born in the year 2020.

Many people are confused regarding the relationship between Todd and Jeanine. They have an alike surname that generates massive confusion. They are only co-works who don’t share a blood relationship. Todd and Jeanine are affiliated with FOX News. She hosts Fox & Friends with Todd.

Both of them work together and share a good relationship. But they aren’t related to each other. Only, they share a particular set in the FOX network, other than i.e there is no relationship between them.

What’s is the Height of Todd Piro?

The handsome journalist Piro has a well-built body. He has a height of 5 feet 8 inches tall (Approx 1.7 m). While his body weighs around 70kg. Todd has black colored hair with dark brown eyes color.