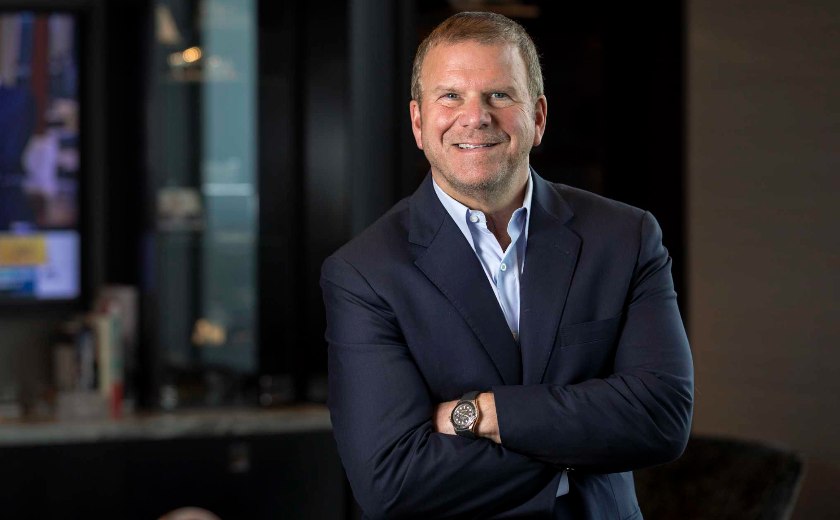 American billionaire businessman as well as television personality Tilman Fertitta who is also the chairman, CEO, and owner of Landry’s, Inc. It might not be shocking that he is married to his wife for a long time. Stay with us to find more about Tilman’s married life, wife, children, and other facts.

Who is Tilman Fertitta Wife?

Tilman Fertitta is a married man. He is happily married to his wife, Paige Fertitta since the year 1991. After their first meet, Tilman approached her first and after few years, he proposed three times before she finally said Yes. On 2nd November 1991, the couple tied the knot in Harris County, Texas in the presence of their close friends and family.

Talking about his wife, Paige is a smart, beautiful, and ambitious lady who has always supported her husband in his business endeavors. Also, she is a philanthropist who is actively engaged with the First Baptist Academy. She organizes events like the Children’s Cancer Center at M.D. Anderson, awareness programs, and so on. Currently, Tilman and Paige live in the River Oaks neighborhood of Houston.

How many Children Does Tilman Fertitta have?

Tilman Fertitta has altogether 4 children. Tilman and his wife, Paige welcomed their first child, Michael Fertitta in the year 1992. After two years, they gave birth to another child, Patrick Fertitta. IN 1997, their other child Blayne Fertitta was born. Their youngest son’s name is Blake Fertitta whose birth date is yet to be disclosed.

Tilman sends his children to work every day. His two elder sons work as directors of the Houston Rockets. He has decided to give his fortune to his kids instead of delving into philanthropic purposes, but he has assured them that his children are not spoiled and that they are capable of making their own decisions with the wealth. As of now, the entire Fertitta family is living a happy and blissful life together.

Tilman Fertitta’s family is huge like his ambitions. He was born to Vic Fertitta (father) and Joy Fertitta (mother). His father, Vic was also a huge businessman who owned a seafood restaurant. His roots come from Galveston, Texas, where Tilman was born and raised. Later, his family had moved from Sicily to Texas. Tilman got inspired by his father to pursue his career as a businessman. Tilman worked in his father Vic’s restaurant since his younger age.

Further, Tilman helped his father to run the business and learned a lot of practical skills. He grew up with his two siblings, Victor Fertitta and Todd Fertitta. His both brothers are business tycoons. Both of them accompany Fertitta in handling the works of Landry’s.

How much is Tilman Fertitta’s Net Worth?

American businessman, Tilman Fertitta has an estimated net worth of around $4.6 billion as per celebrity net worth. He earned this hefty amount through his successful career as a businessman and television personality. Tilman is known as the owner of one of the largest restaurant corporations in the United States, Landry’s, Inc. Also, he was named the World’s Richest Restaurateur by Forbes.

Tilman owns the Golden Nugget Casinos and Landry’s which is a Texas-based restaurant and entertainment company. In the year 2010, he took Landry’s private in a deal worth $1.4 billion. Further, he has even got a 164-feet long, 31-feet wide, and nearly 500-ton yacht, The Boardwalk.