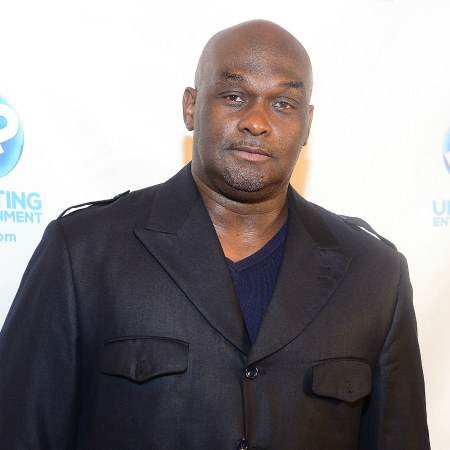 Thomas Mikal Ford was a successful American actor, writer, as well as comedian who is widely famous for his appearance on the Fox sitcom Martin, UPN’s The Parkers, and the Fox series New York Undercover.

Thomas Mikal Ford opened his eyes on 5th September 1964, in Los Angeles, California, in the United States of America under the birth sign is Virgo. His mother used to work as a school secretary while his father was a plumber. Thomas held American nationality while he belonged to the Afro-American ethnical background.

Thomas received an Associate Of Arts degree from Long Beach City College in the year 1985. After that, he joined the University of Southern California and graduated with a Bachelor of Fine Arts Degree from there.

When & How did Thomas Mikal Ford Die off?

Thomas Mikal Ford died on 12th October 2016 at the age of 52 years old from a ruptured aneurysm in his abdomen. Thomas spent his last days at Metro hospital in Atlanta surrounded by his close family and friends.

Was Thomas Mikal Ford Married? About his Wife

Yes, Thomas Mikal Ford was a married man. He was married to his wife, Gina Sasso in Las Vegas in April 1997 at the Rio Hotel and Resort. His ex-wife, Sasso is from Kingston, Jamaica who runs her own sales and marketing firm.

According to some online sources, they met for the first time while Gina was on a business trip to Los Angeles. They shared two children Thomas Ford and Madison Ford from their relationship.

Later, they separated ways after 17 years of togetherness in September 2014. However, the reason behind their separation is yet to disclose to the media. After breaking up with Gina, he started dating his girlfriend Viviane De Sosa Beattie.

What was Thomas Mikal Ford’s Net Worth and Salary?

Thomas Mikal Ford had an estimated net worth of around $2 million at the time of his death in the year 2016. The main source of his income was his career as an actor, writer, and director. Further, he has also written several inspirational books which were sold for around $25 each.

Thomas had appeared in various movies such as Across the Track (1991), The Ballerina, Switching Lanes, First Impression, Against the Law, Blues for Life, Could This Be Love, Brains Donors, Nasty Boys, City Teacher, He Watches Over Me, Conflict of Interest, and so on.

Further, he had also worked on a couple of famous television series including A Different World, Martin, New York Undercover, The Jamie Foxx Show, The Parkers, Who’s Got Jokes?, Let’s Stay Together, and many more. Out of all the series, he was more recognized for his roles in Martin and The Parkers.

In June 2016, Thomas guided a documentary on bullying which tile was Through My Lens Atl which was displayed on Aspire TV in Oct 2016.

Besides his acting career, Thomas had also written some books which are targeted youth and children so that they would follow the right path. Some of his books are I Am Responsible For Me!, Stop The Violence!, Be Still and Know Me, and so on.

Who is Thomas Mikal Ford?

Thomas Mikal Ford was a successful American actor, writer, as well as comedian who is widely famous for his appearance on the Fox sitcom Martin, UPN’s The Parkers, and the Fox series New York Undercover.

What is the movie by Thomas Mikal Ford ?

Martin, UPN’s The Parkers, and the Fox series New York Undercover are some of his famous appearances.

Where was Thomas Mikal Ford born?

Thomas Mikal Ford opened his eyes on 5th September 1964, in Los Angeles, California, in the United States of America under the birth sign Virgo.