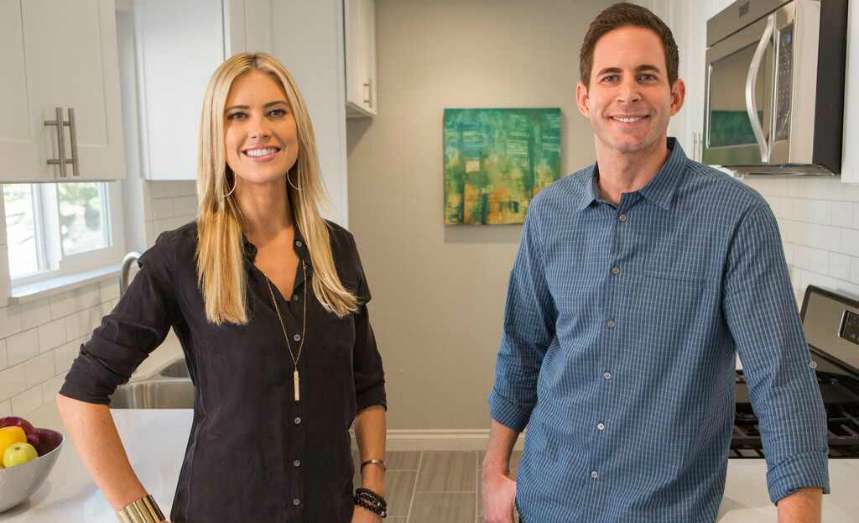 Christina El Moussa and Tarek El Moussa are the stars of HGTV’s Flip or Flop which is the hit television waves in the year 2013 to blow the curtain off the house flipping market. The wildly successful show has afforded the couple’s fame and fortune, but their relationship could not survive. Let’s know more about their relationship status and other more interesting facts.

Are Tarek and Christina still Married?

Tarek El Moussa and Christina El Moussa married in the year 2009. Later, they started shooting Flip or Flop in the year 2011 and separated in 2017. Then, they divorced in the year 2018 after enduring their share of struggles and heartache together. While their marriage did end in divorce, it spawned wildly successful careers and brought beautiful children into the world.

The couple is divorced but they are still working together to co-parent their children. They are working together in a business capacity. The couple remains stars of Flip or Flop and is both actively working on additional business ventures independently and together. Currently, they reside in two different towns. Tarek and Christina share joint physical custody and joint legal custody of their children, Taylor and Brayden.

How many Children Do they have?

Tarek El Moussa and Christina El Moussa have shared two children together. Their first child, Taylor as a daughter was born in 2010. Brayden was born in the year 2015 during Flip or Flop’s original run, is the couple’s first son together. Their son was conceived using IVF, following Tarek’s cancer diagnosis.

In the year 2013, Tarek was diagnosed with thyroid cancer. Tarek had surgery to remove a cancer tumor and later went on to receive radiation therapy to eradicate any remaining cancer cells. Radiation can commonly cause infertility, so the couple decided to freeze sperm in hopes of conceiving a second child. They struggled to conceive, with two failed IVF attempts before successfully conceiving their son, Brayden.

Tarek El Moussa and Alyssa Logan dated shortly after his divorce from his ex-wife, Christina. According to some online resource, Alyssa was not the nanny that the couple had for years, he hired her to take care of his two children, Taylor and Brayden after the separation with Christina.

Tarek fired Logan after he started gaining feeling towards her. After she wasn’t an employee, they started dating. It was after some months after his divorce. Their first public appearance was at Florida Georgia Line in October. However, their relationship didn’t last long and they broke up a month later. Currently, he is not in a romantic relationship with anyone, he claimed he is already over his ex-wife and moved on his life.

Who did Christina El Moussa Marry?

Christina El Moussa needed less than a year to remarry. She married Ant Anstead on 22nd December 2018. Her husband is a British TV star who hosts Wheeler Dealers and For the Love of Cars. Like Christina, Ant has two children from a previous marriage. All their four kids were part of the wedding ceremony. Their wedding ceremony happened in Newport Beach, California, with roughly 70 people attending.

After a devastating divorce with her ex-husband, Tarek El Moussa, Christina found her love again. Christina and Ant began dating in Oct 2017, and it was clear that they were head over hills from the beginning. Currently, they are officially husband and wife. Christina El Moussa isn’t the El Moussa anymore because she is changing her last name to Anstead.