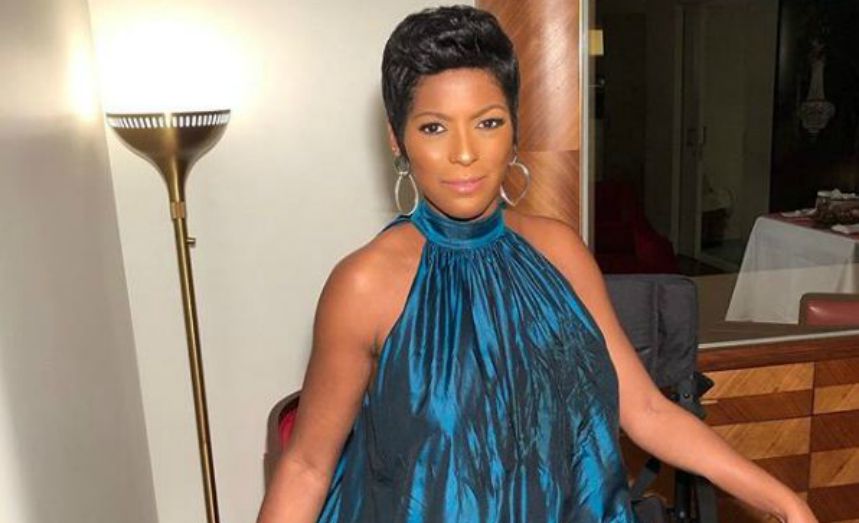 Tamron Hall is famous as an American broadcast journalist who worked formerly as a national correspondent for NBC News. Also, she was the daytime anchor for MSNBC and the co-anchor of Today’s Take. Currently, she hosts Deadline: Crime for Investigation Discovery channel. Once her name was linked with Lawerence O’ Donnell. Let’s find more about her relationship and boyfriend.

Is Tamron Hall Married? Details on Past Affairs and Relationship

Tamron Hall has married twice in her life. On 26th February 2019, she disclosed that Tamron is expecting her first baby at the age of 49. She surprised everyone posting a video on her official Instagram showing off her 32-week belly bump. Along with her pregnancy news, she also disclosed that she has secretly married her longtime boyfriend, Steven Greener who is a music executive. However, she has not revealed any farther information about her marriage.

Caption: Tamron Hall with her husband

Previously, Tamron was in a relationship with her longtime boyfriend,  Lawrence O’Donnell who is a TV host. The couple was inspiring for many people because of their age difference. Tamron is 49-years old whereas Mr. Lawernce is near to mid sixty. According to some online sources, the love bird had exchanged the vows after around a half decade of dating. But there is no concrete evidence and officially announced regarding their marriage. Later, they got separated while there is no information regarding their separation.

Moreover, Tamron was previously dating a man, Tony but did not tell much more about him. Lawrence O’Donnell was previously married to a famous film actress,  Kathryn Harrold. The couple tied the knots in the year 1994 but after nearly two decades of their happy marital relationship, O’Donnell and his ex-spouse Harrold finalized their divorce in the year 2013.  The couple has even shared a daughter together  Elizabeth Buckley Harrold O’Donnell.

Moreover, Tamron has reported on the issues related to Chicago politics as she lived in Chicago while serving at the television station. In the year 2007, she was associated with MSNBC and served the network afterward with her talents. She left the show furiously in the year 2017 after knowing that she would lose her 9 a.m show because of former Fox News host Megyn Kelly. In the year 2017, she also produced a daytime talk show with Harvey Weinstein.

In February 2017, Tamron released a joint statement confirming that Hall departed from NBC and MSNBC. Then, she left the network and joined Discovery Channel. There, she hosted Deadline: Crime on Investigation Discovery channel. Furthermore, she also hosted the program MSNBC Live with Tamron Halland Today’s Take. On 8th August 2018, it was announced that Tamron entered an agreement with ABC to produce a daytime talk show which will be host by herself. Besides these, her works helped her to get nominated for an Emmy Awards several times.