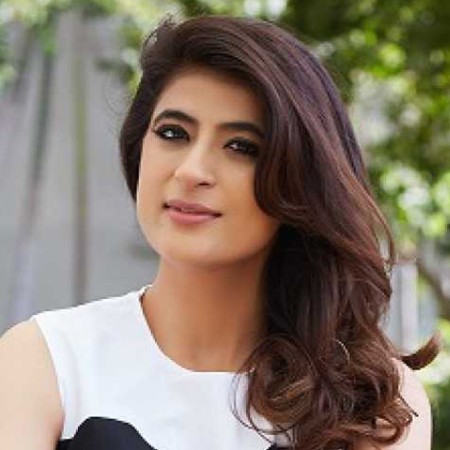 Indian writer, Tahira Kashyap is famous as the wife of Ayushmann Khurrana, an Indian actor, singer, writer, and television host.

How old is Tahira Kashyap?

Tahira Kashyap opened her eyes on 21st January 1983 in Chandigarh, India to Indian parents. As of 2021, she is at the age of 38 years old while her horoscope is Aquarius. Every year, Tahira celebrates her birthday on 21st January. She was born to a Bharmin family and her family follows the Hindu religion. She is the daughter of Anita Kashyap (mother) and Yajan Kashyap (father).

It is still unclear if Tahira has any siblings or not. As per nationality, Tahira is an Indian while she belongs to the Asian ethnic group. She joined Yadavindra Public School, in Mohali, India, and completed her schooling from there. After that, she attended the Panjab University, in Chandigarh and completed her master’s degree in Mass Communication.

How much is Tahira Kashyap’s Net Worth?

Tahira Kashyap has an estimated net worth of Rs 5.4 crore as of 2022 which she earned through her career as a writer, professor, and theatre director. According to some online resources, the average salary of a writer in India is ₹365,171 per year. Tahira might be earning the same range of amount as her salary but the actual amount of her salary is missing from the media.

Tahira is quite passionate about her work, so her net worth and salary will surely rise higher in the upcoming days. On the other hand, her husband, Ayushmann Khurrana has an estimated net worth of $6 million as of 2021 which he has earned as an actor, singer, writer, and television host. So, there is no doubt both of them are living a lavish and fulfilling life together in India.

How did Tahira and Ayushmann meet?

Tahira and Ayushmann met through their parents unknowingly. They went to the same school and fell in love with each other. They tied the wedding knot in the year 2011 after dating for many years. However, they have not shared other details like their engagement date, wedding venue, etc to the media. After some years of marriage, they faced some marital problems. In some interviews, Tahira disclosed that she gave up on marriage many times. She said:

“I had a problem with him kissing on screen. I felt like a big, huge fat whale sitting at home. When you are pregnant your hormones also go up and down. Here this boy is looking at his youngest youth best and he is romancing women and what is this onscreen kiss! We both were very young. He didn’t have the time and patience to take me along and I didn’t have the patience to understand. There was this disconnect that we were not there for each other to take each other along in that journey. Somewhere he knew that she doesn’t mean mad. I also knew he wasn’t cheating. I had to evolve as a person to understand what art is.”

They have already crossed that phase and living a blissful life together. It has been a decade since they have tied the wedding knot. However, there is no information on Tahira’s past relationships or love affairs neither she has ever been involved in any sorts of rumors to date.

Does Tahira Kashyap have children?

Does Tahira Kashyap have cancer?

Yes, Tahira had cancer in her past days. In the year 2018, Tahira was diagnosed with stage 0 of breast cancer and underwent treatment in India. On 2019’s World Cancer Day, she posted a post on Instagram saying:

“Today is my day! Wish you all a happy #worldcancerday and hope each one of us celebrates this day in an embracing way. That we remove any stigma or taboo associated with it. That we spread awareness about it and that we have self-love no matter what,”

She had run a podcast show, My Ex-Breast where she talks about fighting cancer and its effect on her family.

What is the Height of Tahira Kashyap?

Tahira stands at a height of 5 feet 6 inches tall while her body weight is 60kg. Her body measurements are 38-26-36 inches. Tahira’s hair and eyes are dark browns in color.

Who is Tahira Kashyap’s husband?

As we have already mentioned, Tahira’s husband, Ayushmann Khurrana is an Indian actor, singer, writer, and television host. He entered this world as Nishant Khurrana on 14th September 1984 in Chandigarh, India. He started his career as a radio personality at BIG FM, Delhi. Later, he worked at several tv shows as tv hosts like Main Tera Ayushmann, MTV Fully Faltoo Movies, Cheque De India, and so on.

In the year 2004, Ayushmann won the second season of the reality television show MTV Roadies. As an actor, he has appeared in numerous hit Indian movies and series like Meri Pyaari Bindu, Bareilly Ki Barfi, Dream Girl, Badhaai Ho, Bala, and many more. In the year 2020, he was named one of the 100 most influential people in the world.

The Career of Tahira Kashyap