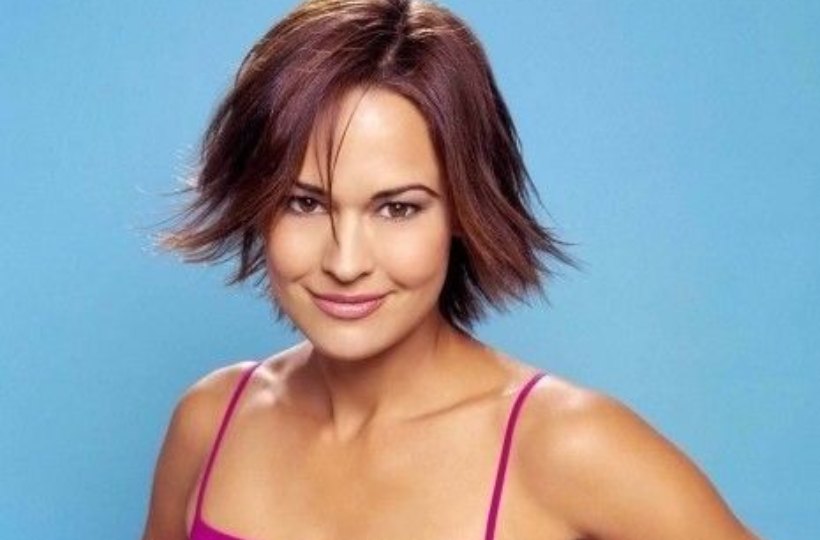 American actress, Sydney Penny is famous for her appearances on numerous soap operas like All My Children, The Bold and the Beautiful, and so on.

Who is Sydney Penny married to?

Sydney Penny is a happily married woman. She tied the wedding knot to her long-term boyfriend, Robert Powers. It is still unclear about their first meeting but it is sure that the couple dated for several years and finally share the wedding knot on 29th September 1995 at a private wedding ceremony in the presence of their close friends, relatives, and family members.

Since the wedding, Sydney and Robert are leading a happy and blissful married life. It seems like both of them are each other’s first love as there is no information on their past dating affairs. Neither, they have ever been involved in any sorts of rumors or controversies regarding their marriage.

Who is Sydney Penny’s Husband?

Sydney’s husband, Robert Powers is an American chef and producer. He opened his eyes somewhere in the United States of America. He always had a keen interest in cooking so he started his career line as a chef working at several cafes and restaurants. Robert got training at Cordon Bleu in Paris.

Currently, he owns Curly’s Q Sauce. Robert and his wife, Sydney had built Jester’s Café on Castle Street in Wilmington in the year 2016. Both of them are very caring and understanding couples.

Does Sydney Penny have a Child?

Yes, Sydney is blessed with a son from her marriage to Robert. The couple welcomed their son, Chasen August Powers on 31st May 2007. She featured her son for the first time in the September 25th issue of Soap Opera Weekly. During that time, Chasen was just 3 years old.

Sydney loves her son to the dearest and she has got a special bond with him. The entire family lives a happy life together as they can be often seen together at several public events.

Where is Sydney Penny from?

Sydney is originally from Nashville, Tennessee, United States. Though she was born in Nashville, she grew up in Chatsworth, California. Currently, Sydney lives a peaceful lifestyle with her husband and son.

Sydney is the only daughter of Hank Penny (father) and Shari Penny (mother). Her father, Hank was an accomplished banjo player and practitioner of the Western swing while her mother was a homemaker. Sydney lost her father on 17th April 1992.

She grew up with her two brothers, Greg Penny and Bill Penny. When she was just three years old, she sang her nursery rhyme My Little Pony on the stage and gained adoration from all the viewers. Sydney started her professional career at the age of 11 years old.