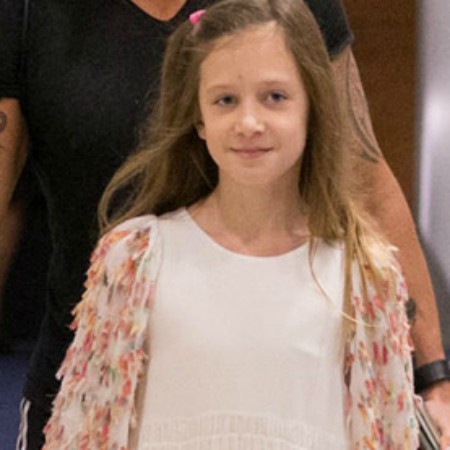 Sunday Rose Kidman Urban was born on July 7, 2008, in Nashville, Tennessee, in The United States of America. As of 2022, she is 14 years old with the zodiac sign Cancer. She is the daughter of Keith Urban and Nicole Kidman.

She has a sibling named Faith Margaret Kidman Urban. Her name “Sunday” was originally suggested by Nicole’s brother, Anthony. He named his niece after a lady named Sunday Reed, who was a prominent art enthusiast in Australia.

Anthony liked the name and thought it would be a nice name for a woman. Thus, he and his wife suggested it to Nicole and Keith. Sunday has been nicknamed “Sunny.”

So he and his wife suggested it to Nicole and Keith. Sunday was called “sunny”. Sunday holds an American nationality and belongs to the white ethnicity.

Rose Kidman Urban is still a kid so it is too early to talk about the relationship. Her parents married in 2006. The couple met at G’Day LA, a Hollywood event honoring Australians, in January 2005, but they reportedly did not begin dating until six months later.

Her parents Nicole and Keith were married on 25 June 2006, at the Cardinal Cerretti Memorial Chapel on the grounds of St Patrick’s Estate, Manly, in Sydney.

Nicole Kidman said on January 7, 2008, that she and Urban would expect their first child together. Kidman’s publicist said, “The couple is excited and can not wait.” Kidman gave birth to a daughter in 2008 in Nashville, Tennessee.

Her father Keith Urban has earned a massive amount of money throughout his career as a country music singer and songwriter. Therefore he has a net worth of $75 million dollars as of 2022. Likewise, he has a salary of $5 million.

On the other hand, Sunday’s mother Nicole Kidman is an Australian actress, and, with a net worth of $130 million, one of the highest-paid performers in the world.

The professional life of Sunday Rose Kidman Urban hasn’t started as she is in her school days. Luckily, she came to fame because her parents are from the entertainment industry. In the future, she may follow the footsteps of her parents.

Her father Keith Urban is an Australian country singer and songwriter. Keith Urban’s success began with his debut album “Keith Urban” and has continued for almost two decades. He had 15 # 1 singles and received four Grammy Awards. In 1991 he released his self-titled debut album, which recorded four singles in Australia. The following year he moved to the US, where he started as a session guitarist and founded a band he called “The Ranch”.  Fifteen of his singles have made it to the country charts, and fourteen of the charts have reached number one.

How old is Rose Kidman Urban?

What is the nationality of Sunday Rose Kidman Urban?

What is Sunday Rose Kidman Urban famous for?