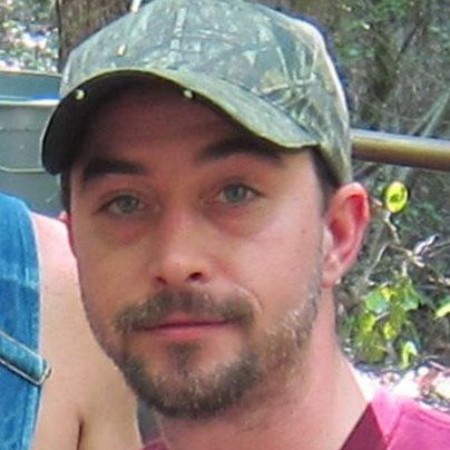 An American television personality Steven Ray Tickle rose to popularity for the role in Discovery Channel docudramas Moonshiners and Tickle.

When was Steven Ray Tickle born?

On November 30, 1976, Steven Ray Tickle was born in Southwest Carolina, United States of America. He was born under the star sign of Sagittarius. Furthermore, he is also known as Tickle Moonshiners. He is the son of the father Larry Craig Tickle and the mother  Lois Ileane Keller Tickle. Similarly, he was blessed with three siblings named; Darrel Tickle, Glenn Tickle, and Mike Tickle. He grew up in Dry Fork Virginia with his siblings.

By nationality, he holds an American nationality. Talking about his educational qualification, Steven joined  Tunstall High School for his secondary education. Besides that, He has not disclosed his higher graduation on social media yet.

Is Steven Ray Tickle Married? The Name of his Wife

Talking about the relationship status of Steven Ray tickle, he is a married man. He was married to his long-term lover/wife to Carol Tickle who is a bail bondswoman. The duo first met in the year 2012 and they started dating. after dating for several years, the duo shares their wedding vows on 30th December 2019 in the moonshine theme in front of their family, friends, and relatives. The duo was enjoying a happily married life together.

They share a child daughter named;  Daisy  Tickle. The exact date of the child has not been mentioned on social media yet. The duo and their family are living together sharing each other happiness and sorrow in Southwest Carolina, United States.

What is the Net Worth of Steven Ray Tickle 2022?

Talking about the net worth of Steven Ray Tickle, he has an estimated net worth of approx $ 300 thousand as of 2022. Steven has not revealed his annual salary in the public. He has gained a lot of sum of money from his career as a TV personality. Similarly, He also gained name and fame from his career.

By seeing his net worth we can say that he is living a happy and cheerful life with his income. His net worth may be an increase in the future.

Why was Steven Ray Tickle Arrested?

Steven Rta Tickle was arrested in March 2013 for public intoxication. He was arrested after a citizen allegedly complained of him drinking from an open container in a parking lot. Steven was charged and punished for his misdoing when he was alleged of possessing a sawed-off shotgun in the year 2015.

He was arrested with a gun during a routine traffic stop in July. Similarly, Steven was convicted of illegal firearm possession in February 2016. On 24 March, he was given a three-year Suspended sentence. However, Steven is out of jail in January 2020.

What is the Weight of Steven Ray Tickle?

Steven Ray tickle blessed with a good height of 5 feet 8 inches or 1.72 m tall. Similarly, he has a weight of around 70 kg. Besides that, he has light brown color hair and pair of hazel color eyes.