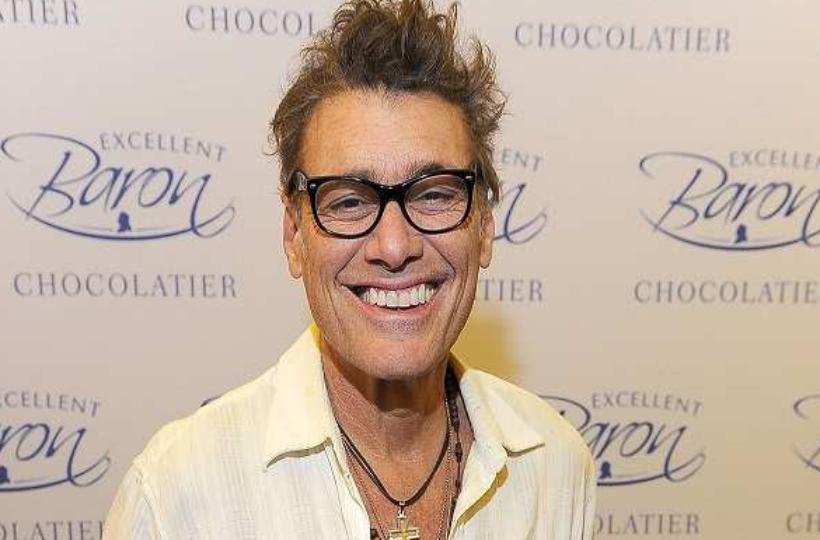 Cuban-American actor, Steven Bauer has been able to receive wide recognization through his amazing works in movies like Scarface, Breaking Bad, Ray Donovan, ¿Qué Pasa, USA? and many more.

Who are Steven Bauer’s parents?

Steven was born to Lillian Samson Agostini (mother) and Esteban Echevarría (father). His mother was a school teacher while his father was a commercial pilot who worked for Cubana Airlines. His maternal grandparents are Rita Maria Agostini del Castillo and Ernesto/Ernst Samson Bauer. 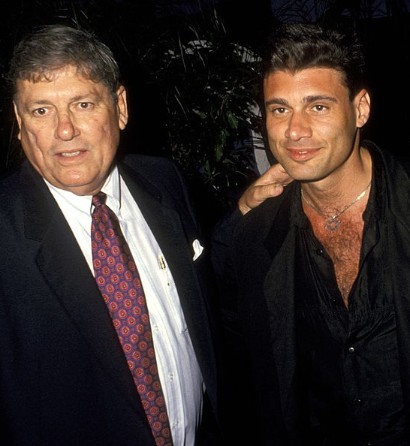 Caption: Steven Bauer with his father (Photo: Getty Images)Steven was born on December 2, 1956, in Havana, Cuba. As of 2023, he is 67 years old and his zodiac sign is Sagittarius. Usually, he celebrates his birthday on the 2nd of December every year. It is known that his maternal grandfather was a German Jewish immigrant who again immigrated to Cuba from Germany as a refugee. Later, his family emigrated from Cuba to the United States when Steven was just three years old.

Similarly, Steven holds American-Cuban citizenship and belongs to a mixed (German and Cubans) ethnic background. Moreover, he follows Christianity as a religion.

Where did Steven Bauer graduate from?

Steven Miami graduated from Coral Park Senior High School in Florida, the United States in 1974. After that, he studied at Miami Dade College in Miami, Florida. He received a degree in theatre arts at the University of Miami.

Are Steven Bauer and Lyda Loudon still together?

Yes, Steven Bauer is still with his girlfriend, Lyda Loudon. His girlfriend, Lyda is the daughter of Missouri State Senator, John Loudon. She is 40 years younger than Steven. They met for the first time when Lyda was just 18 years old. Since then, they have been together and there is not even a single rumor regarding their breakup or separation.

It seems that Steven has finally found the true love of his life because he seems quite happy with her. Though they are not married, they live happy life together. Steven revealed his relationship openly only in 2016 with In Touch magazine. During that time he also disclosed that he had to face some criticism about their age gap. He told:

“Lyda and I have faced criticism, but not from anyone interesting ‘my family loves her and she loves them.”

Who are Steven Bauer’s Wives?

Steven has married four times in his life but none of his marriages lasted long. At first, he shared his wedding vows with an American actress and film producer, Melanie Griffith in the year 1981. They stayed married for 8 years and they divorce in 1989. In the following year, he again tied the wedding knot to an actress, Ingrid Anderson. Due to some reasons, their marriage came to an end in 1991.

Steven married for the third time Christiana Boney in 1992. Their marriage lasted for only 10 years as they separated ways in 2002. Fourthly, he got married to Paulette Miltimore in 2003. Like his other three marriages, this relationship also ended in 2012 through a divorce.

Who did Steven Bauer previously date?

Steven dated a lady named Monica Ramon. His ex-girlfriend, Monica is a Spanish activist. It is not clear when the couple met but it is known that they started to date each other in the year 2006.

After being together for a year, the couple decided to separate their ways in 2007. As of now, Steven is in a happy relationship while Monica is still living a single life.

Does Steven Bauer have a son?

Yes, Steven has two sons with two different ladies. He welcomed his first son, Alexander Griffith Bauer on 22nd August 1985 with his first wife, Melanie. His other son, Dylan Dean Steven Bauer was born on 14th May 1990 with his second wife Ingrid.

However, there is no information on their professions yet. Steven loves both of his sons the most as he can be often seen hanging out with them at different places.

Is Steven Bauer addicted to alcohol?

Yes, Steven is addicted to alcohol in fact he has been struggling with addiction for years. He has been battling to be sober. He has voluntarily checked into a Malibu treatment center which is a rehabilitation center.

One of his representatives has confirmed the news by saying:

“In recent months, he realized he was starting to drink more than he was comfortable with. He preemptively wanted to take care of the issue. But in no uncertain terms does he take drugs, nor is he being treated for a drug-related addiction”

What ethnic background is Steven Bauer?

Which college did Steven Bauer go to?

Steven Bauer completed his high school education at Coral Park Senior High School. After that, he enrolled at Miami Dade College. He graduated from the University of Miami in theatre arts.

How much is Steven Bauer’s net worth?

Steven Bauer’s net worth is estimated to be $5 million.