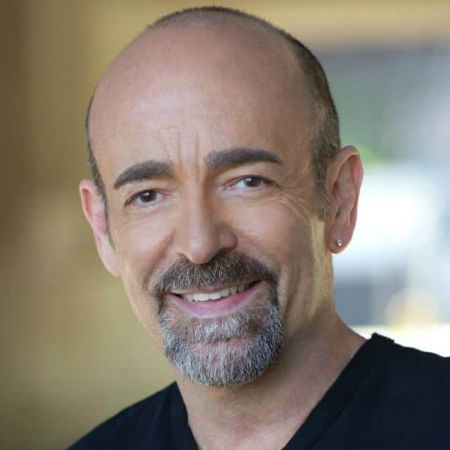 He attended the Long Island University C. W. Post Campus from where he completed his Bachelor of Arts in English and Education and Master in Theater Arts.

He then started his career as a comedian. His roommate Drew Carey along with Dennis Miller and Rosie O’Donnel organized shows for him. He shared the stage alongside Eddie Murphy, Rodney Dangerfield, Jerry Seinfeld, and Ellen DeGeneres.

Rizzo had been a stand-up comedian for over 18 years. During his career as a stand-up comic, he performed at numerous comedy clubs such as the Pittsburgh Comedy Club in Dormont and the Improv. Likewise, he also featured in many television comedy shows which include “An Evening at the Improv”, “The Comedy Channel”, “Showtime Special”, and “Fox TV’s Comic Strip Live”. On 2nd June 1983, The Pittsburgh Press described Rizzo’s comedy style is  as “whip-cracking satire cushioned with warm and funny stories.”

Rizzo left his stand-up comedy career so that he can pursue a new career in motivational speaking. And in 1994,  he became a professional motivational speaker. Rizzo attended a workshop of the National Speakers Association. Rizzo met Nancy Lauterbach who is the founder of Five Star Speakers and Trainers who helped him structure his presentation.

Rizzo was asked to present on How to Add Humor to Your Presentation at a national convention of the National Speakers Association. And in the first showcase, he ranked last out of 23 speakers. Because he tried so much to sound like a “serious motivational speaker. But soon he realized that his humor is the key to his authenticity. He says

“I was light years ahead of many professional speakers because I had command of an audience,”.

Then Rizzo incorporated humor in his next showcase. After his excellent performance in the showcase, buyers immediately hired him. He then signed an agreement with Five Star, and this is how his speaking business took off. Rizzo gives all the credits to Lauterbach who helped him in establishing a foothold in his new career as a motivational speaker.

Rizzo also created a PBS Special in which he himself is the executive producer of the show. On December 8, 2006, an article published by Oprah Radio (via Oprah.com), Mehmet Oz writes that “Steve Rizzo is the author of Becoming a Humor Being and also the creator and executive producer of PBS special. After doing stand-up comedy for several years, Steve has become a professional humorist speaker.”

Rizzo is not only a motivational speaker but he is also an author. He has published some books such as “Becoming a Humor Being: The Power to Choose a Better Way”,” Always Look on the Bright Side: Celebrating Each Day to the Fullest”, and ” Get Your SHIFT Together: How to Think, Laugh, and Enjoy Your Way to Success in Business and in Life”.

Rizzo joined the MSNBC and Oprah and Friends radio network where he served as a consultant. Rizzo’s book, “Get Your SHIFT Together: How to Think, Laugh, and Enjoy Your Way to Success in Business and in Life” was also published on the McGraw-Hill website.

Rizzo has headlined with many titans of comedy along with other comedians like Jerry Seinfeld, Eddie Murphy, Drew Carey, and Ellen DeGeneres. In the year 2002, at the National Association of Trailer Manufacturers, Rizzo was the speaker of the event. Rizzo describes himself as a Professional Humor Being (PhB).

Rizzo received an award from “The CPAE Speaker Hall of Fame” by the  National Speakers Association’s Council of Peers Award for Excellence which is a lifetime award for speaking excellence and professionalism.

Rizzo’s book, “Becoming a Humor Being: The Power to Choose a Better Way” was honored by  The Writer’s Digest magazine as the Annual International Self-Published Book Award.

Before starting his career as a motivational speaker, Steve Rizzo was serving at the West Babylon Junior High School in West Babylon, New York as an English teacher.

Who is Steve Rizzo?

Where was Steve Rizzo born?

He attended the Long Island University C. W. Post Campus from where he completed his Bachelor of Arts in English and Education and Master in Theater Arts.