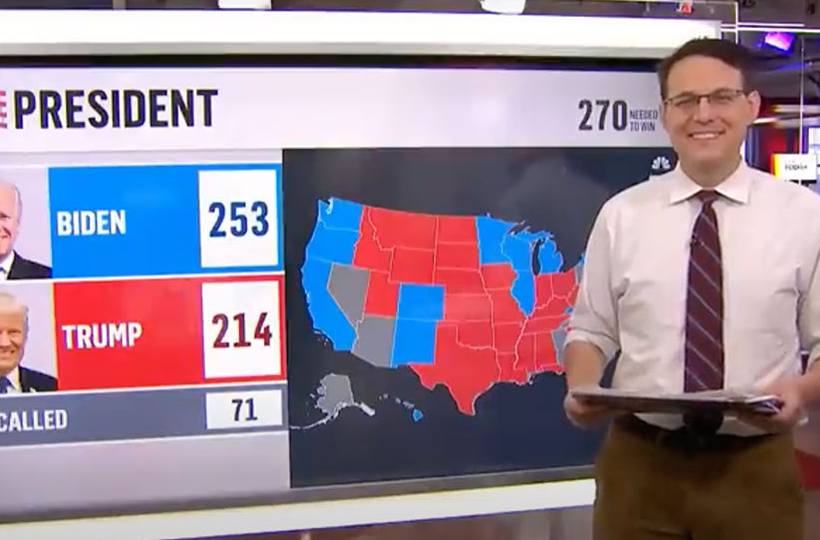 Who is American Journalist-Steve Kornacki’s Husband? Is Steve Kornacki Gay? Know more about his Personal Life, Family & Many More!

American journalist, Steve Kornacki is working as a national political correspondent for the network, NBC News. He is also famous for anchoring and data analyzing at MSNBC.

Steve has been able to impress many people with his reporting and hosting skills. So, many of them are curious to know more about his personal life. Does he have a husband or not, let’s find out.

Who is Steve Kornacki’s Husband?

Steve is unmarried and he is not dating anyone publicly. Neither he has any husband or boyfriend at the moment. There were rumors swirling about David Mack being his husband but it is completely false news. David is happily married to his partner, Michael Bauer. People started assuming David as Steve’s husband when David made a joke on his Twitter post saying:

“When will my husband, Steve Kornacki, return from war?”

Steve is currently enjoying his singlehood and concentrating on his career rather than being with anyone else. Steve loves to spend his leisure time traveling and vacationing with his friends and family. Previously, he was in a relationship with a guy named Dan. Steve is free of rumors or controversies at the moment.

Yes, Steve Kornacki is gay. In November 2011, he contributed to Salon about the experience of coming out publicly as gay. Steve shared his personal story of his first sexual experience with another man, writing:

“I’m still too Catholic to add much more here, but suffice it to say: It was quick, I didn’t do much, and I felt dirty, degraded, and embarrassed the whole time.”

Further, Steve says he is proud to be gay. He said:

“I hate that I deprived myself of a chance to be with the person who made me feel proud of who I am.”

Where is Steve Kornacki from?

Steve is originally from Groton, Massachusetts, the United States of America. He lives a happy and peaceful lifestyle with his family members there.

What happened with Steve Kornacki?

Steve is about to take a deeper dive into sports broadcasting. He has recently announced a deal with NBC Sports where he will be appearing as a regular analyst on NFL football shows, Football Night in America, and Sunday Night Football.

Also, he has recently hosted other shows like the Tokyo Olympic Games coverage and Triple Crown horse racing events.

Steve was born to his parents, Anne Ramonas Kornacki (mother) and Stephan Joseph Kornacki, Sr (father). He grew up with his older sister, Kathryn Kornacki who is a professor at Caldwell University. Steve has a special bond with his parents and sister.

Where did Steve Kornacki go to college?