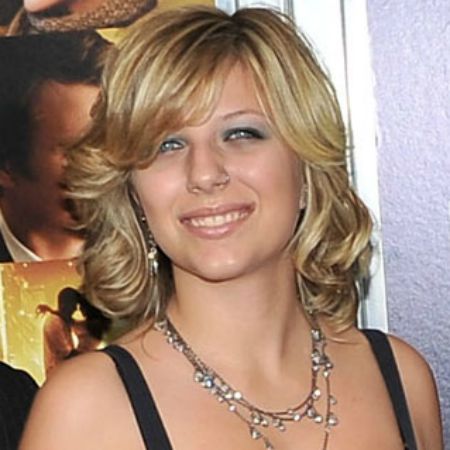 Stephanie Rose Bongiovi was born on May 31, 1993, in the United States of America. As of 2022, her age is 29 years old with a birth sign Gemini. She is the daughter of Jon Bon Jovi and Dorothea Hurley. Stephanie holds an American nationality and belongs to white ethnicity. Similarly, she follows the Christianity religion.

She is the granddaughter of former marine and barber John Francis Bongiovi Senior and former Playboy bunny and florist, Carol Sharkey.

Since Stephanie was her first child, Jon Bon initially struggled to take care of her. Later, he revealed in an interview that he wished there was a manual for caring for babies. The best he could do to his daughter was to offer her many kisses and hugs. Jon Bon added that since he had no sister, he had no idea how a girl was raised. In May 2017, Stephanie graduated from the New School in Manhattan.

Her father shared the message with a “tweet.” Jon Bon wrote a song entitled “I Got the Girl” to show his unconditional love for Stephanie. The track was included in his 2000 album “Crush”. When she was 7 years old, Stephanie stepped onto the stage with her father during one of his performances and danced to the song.

After more than a decade, the duo reawakened the moment on Jon Bon’s “This House Is Not For Sale” tour in Las Vegas. The father-daughter duo finished the show with a high five. Jon then kissed Stephanie several times on her cheeks.

Net Worth of Stephanie Rose Bongiovi’s Father as of 2022

Currently, he has a net worth of $410 million as of 2022. Being a daughter of a famous celebrity she is living a luxurious life, which is possible by her father’s fortune.

In November 2012, Stephanie was in her first year of study at Hamilton College when she had a near-death experience due to an overdose of drugs. She was found unconscious in her dorm. As soon as the news surfaced, a medical team came to her rescue and took Stephanie to a hospital. She did not react for a while. Later, when she came to, Stephanie phoned Jon.

Later, it turned out that Stephanie had overdosed on heroin. The police also found more drugs in their rooms. Stephanie and one of her college colleagues, Ian S. Grant, were arrested for marijuana possession and the criminal use of drug paraphernalia.

However, they were soon released and their charges were reduced by the New York Law on Good Samaritans. The incident shook Stephanie and her parents. Since then she keeps away from drugs.ts.

“I Got the Girl” was Written for Stephanie Rose Bongiovi

Even if you’re not a fan of Bon Jovi, you’ve probably heard and still like the addictive single “It’s My Life” from the rock band from their 2000 album “Crush”.

Now, 16 years later, the Bon Jovi frontman once again experienced this moment. “Everyone has a little girl in their lives – their daughter, their girlfriend, their wife, their mother – it all goes by so fast,” he continued, “and they start off as little babies and their future looks bright, and I wrote this song for the little baby, which is not a baby anymore. “Then he invited Stephanie to the stage.

They danced to the rest of the song, with Bon Jovi pausing occasionally to jingle on the guitar as the audience cheered.