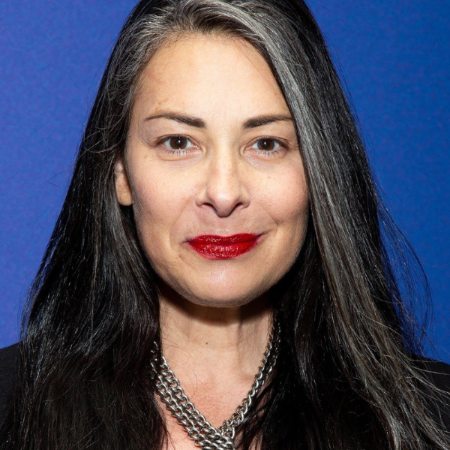 An American stylist, fashion consultant, author, and magazine editor, Stacy London is primarily known for her time as co-host of What Not to Wear.

How old is Stacy London?

On May 25, 1969, Stacy London was born in  New York, New York, United States. Stacy is 53 years old as of 2022. London cuts her birthday cake on 25th May. Stacy has a birth sign of Gemini. London was born as the daughter of Herbert London and Joy London.

She spent her early life with her sibling named Jaclyn London and Nancy London. Her father is an American author by profession and her mother has worked as a venture capitalist.

What happened to Stacy London’s Father?

Her father, Herbert died in 2018. Herbert died due to heart disease and amyloidosis. Stacy became alone after the death of her father and that same year she met Cat.

Where did Stacy London go to study?

Stacy joined Vassar College. There, she majored in 20th-century philosophy and German literature two times. At Phi Beta Kappa, she was a member.

When did Stacy London come out as Bisexual?

On December 31 of 2019, London came out as a bisexual. Then, she shared the picture shared with her girlfriend Cat. Before coming out as bisexual she was dating a guy named Mark Reilbing.

Who is Stacy London’s Partner?

The relationship status Stacy is dating. She is in a relationship with Cat Yezbak. Cat is a musician by profession. They meet each other for the first time at a fundraiser for Cynthia Nixon’s gubernatorial race in 2018.

At that time, Stacy’s father was sick, and she didn’t think of Cat in romantic ways. But after some time, they started dating. And they revealed their relationship in December of 2018. At the moment, they are living a happy and peaceful dating life.

Who did Stacy London previously date?

Previously, Stacy was in a relationship with a man. She dated Mark Reilbing. Mark is a writer and editor director of the manhattan institute for policy research.

In the same year, Mark and Stacy got engaged with each other in presence of their close ones. But, only after a year of engagement, do they decide to end their relationship and part ways.

What is Stacy London’s Net Worth?

Stacy has a net worth of $8 million. She has earned this hefty sum g money from her career as an American stylist, fashion consultant, author, and magazine editor.

Annually, Stacy earns a salary of $400k from her multiple careers.

What does Stacy London do now?

She is working as the owner of CEO of State of Menopause. She halted her tv career by choosing a health and wellness company and she makes products for perimenopausal and menopausal consumers.

Did Clinton Kelly and Stacy London not get along?

Clintons adores Stacy. Even though, he and Stacy have quite a rough work relationship he stated that:

“I Hate Everyone, Except You. I either adored her or despised her, and never anything in between.”

What is Stacy London’s company?

Is Stacy London in the JCPenney commercial?

How tall is Stacy London?

Stacy stands at the height of 5 feet 7 inches. According to her height, he bodyweight is 58kg. She has a body measurement of 36-26-35 inches and her bra size is 34B. Similarly, Stacy has a beautiful pair of black-colored eyes and her hair is also black in color.

Does Stacy London’s hair have a silver streak?

Stacy has silver streak in her hair since her childhood. She was only 6 years old when she was diagnosed with psoriasis. Psoriasis is an autoimmune disease that can cause a rough, scaly rash anywhere on a person’s skin.

What disorder or illness does Stacy London have?

Stacy was diagnosed with psoriatic arthritis. She has talked about her illness in her last season of What Not to Wear. Stacy has shared that she will end up curled in bed for days with immense pain if it is not managed properly. London had an eating disorder and anorexia previously.

In her early 20s, Stacy suffered from anorexia, as she thought he would never have a serious relationship which lead her to be skinny with a body weight of 90lbs. Then, after being hospitalized she started eating every second to mask herself from self-doubt which made her double her weight of 180lbs after binge eating.