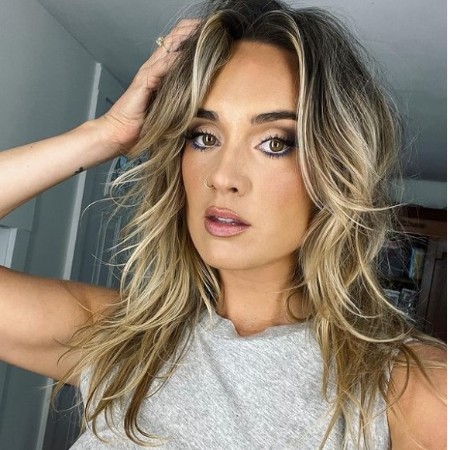 Singer and songwriter, soulful storytelling, and powerhouse of vocals Sophia Scott received the spotlight after she became viral for the cover of Tove Lo’s Habits (Stay High) in the year 2014.

What is Sophia Scott’s Nationality?

Sophia Scott opened her eyes to this beautiful world on December 26 in Boulder, Colorado of the United States of America. Sophia grew up in a cowboy environment in Colorado with horses, goats, and pigs. According to her date of birth, she falls under the Capricorn sun sign.

Sophia holds American nationality and belongs to white ethnic background. Likewise, has faith and belief in the norms and sayings of the Lord Jesus. So, she is a follower of the Christian religion.

Is Sophia Scott Single or dating anyone?

As of now, Sophia is living a single life. However, in the past, she has suffered from a serious love heartbreak. She wrote a song One Of These Days where she has describe how she felt about a heart beak. Sophia wrote:

“I wanna live like I’m dying, I want to laugh till I’m crying but my heart still breaks, I hope it falls into place, maybe one of these days,”

She said that this song is one of the most important songs he has released till now. Scott even added:

“It tells the story of my parents’ divorce, then my own first love and heartbreak”

How much does Sophia Scott make?

In the United States and the average musician and country, dinger makes around $75,457.20 per year. So, we can assume that Sophia also makes her worth in the same range. Besides that, she also gets paid from the paid partnership as well.

After living in Los Angeles for almost seven years doing country music she went back to Nashville. As of now, she is living in Nashville and she is working on releasing a full project.

Why did Sophia Scoot choose a musical career?

Sophia has grown up in a melodic household. Her entire family is very harmonious and all play instruments. She used to have a very close connection with country music. She spent her childhood listening to country music and it was a natural direction for her to choose music as a career.

Sophia was in a two-family band with her cousins when she started writing music. On the other hand, she was also inspired by the artists like Mariah Carey, TLC, Whitney Houston, and country artists like The Chicks, James Taylor, and Willie Nelson. She said:

“I was so in love with country lyrics and just the storytelling side of that, but I love soul vocals. I sort of blended those two things together, and that’s basically how my influences have created me and my sound.”