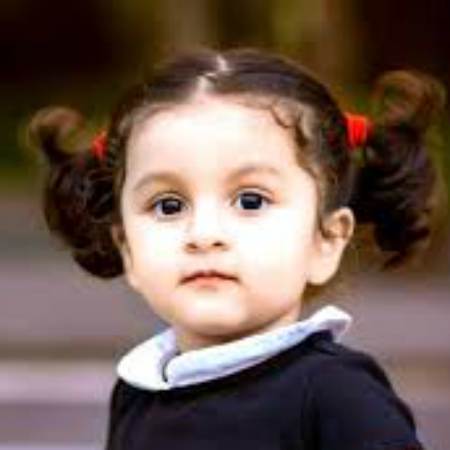 Sitara Ghattamaneni is the daughter of popular Telugu film actor Mahesh Ghattamaneni (Mahesh Babu) and actress Namrata Shirodkar. Mahesh Babu is a multi-talented as well as a charismatic actor in the Indian entertainment industry.

Sitara Ghattamaneni was born on July 20, 2012, in India. Her nationality is Indian. She belongs to the Asian ethnicity. Her parents are Namrata Shirodkar and Mahesh Ghattamaneni. Both of them are famous Indian actors, actresses as well as producers.

She has an older brother named Gautham Krishna who was born in 2006. Besides this, there is no information about her educational background.

Apart from that, her parents married on February 10, 2005, after dating for four years. The two started dating during the shoot of the Tamil film Vamsi. Namrata is 4 years older than Mahesh Babu. They were successful in keeping their affair away from the gaze of the media for a long time.

Moreover, the family was not very happy with the couple but it was Manjula, Mahesh’s elder sister who convinced the family of their marriage. Mahesh didn’t want the working wife and Namrata was aware of this. Therefore, before marrying him, Namrata completed her all projects and finally got settled with the superstar in 2005.

Furthermore, Namrata stopped working post-wedding as she knew that Mahesh had always wanted a wife who would look after the kids and the family. The duo welcomed their first kid, Gautham Krishna, in the year 2006.

Actually, she is a too young and school-going girl, she is not involved in any profession. She is currently enjoying the lavish lifestyle given by her parents in a luxurious way. Presently, lives with his family in a luxury house located in Jubilee Hills, Hyderabad.

However, her father Mahesh Babu has an estimated net worth of $20 million as of 2022. Till now,  he appeared in nine films as a child actor, and as a lead actor, he has appeared in 17 film projects. Moreover, he is the highest-paid actor in this Industry after superstar Rajnikant.

Besides this, he is a huge fan of exotic cars and has a large collection of expensive luxury cars including Lamborghini Gallardo Lp-500, Range Rover Vogue, Toyota Land Cruiser, Mercedes Benz E Class, and Audi A8.

As he is still working as an actor, he will earn more and more wealth in the upcoming years. On the other hand, her mother Namrata along with Mahesh Babu has an estimated net worth of $22 million.

Similarly, he appeared in several successful films such as Nijam, Arjun, Mirari, Pokiri, Athadu, Businessman, Seethamma Vakitlo Sirimalle Chettu, Dookudu, and so on.

As he is still continuing his profession, he will achieve more and more awards in the future days. On the other hand, her mother is an actress, and producer as well as a former model known for her works in Bollywood.

Moreover, Namrata won the Miss India Universe crown and made her Bollywood debut opposite Salman Khan and Twinkle Khanna in 1998. In 1999, when she signed her third movie and the first in Telegu, Vamsi, she met her future soulmate, Mahesh. Vamsi was also Mahesh Babu‘s first movie.