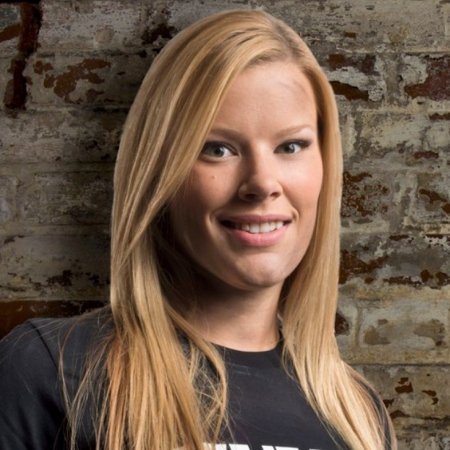 What is the Age of Sherry Holmes?

Sherry Holmes was born on 21st June 1987, in Ontario, Canada. As of 2021, her age is 34 years old while her horoscope is Cancer. Every year, Sherry celebrates her birthday on the 21st of June. She is the daughter of Mike Holmes Sr (father) and Alexandra Lorex (mother). In the year 1993, her parents separated and she started to live with her grandparents. Her grandparents are Jim Holmes and Shirley Holmes.

She grew up with two siblings, brother Mike Holmes Jr and sister Amanda Holmes. Sherry holds a Canadian nationality while she belongs to a white ethnical background. She completed her secondary education at Uxbridge Secondary School in Ontario.

Sherry was diagnosed with a Brain Tumor

Throughout her lifetime, Sherry has had to overcome her fair share of challenges. She was very young when she got diagnosed with a brain tumor after undergoing a CT scan. Fortunately, doctors were able to treat the tumor, and she has made a full recovery as of now.

Who is Sherry Holmes’s Father?

Sherry Holmes’s father, Mike Holmes is a Canadian builder, businessman, investor, television host, as well as a philanthropist. He entered this world as Michael James Holmes on 3rd August 1963, in Halton Hills, Canada. In the year 2001, he starred in his first TV series, Holmes on Homes.

Some of his notable appearances in TV series are Home to Win, The Ellen DeGeneres Show, Home Free, Holmes in New Orleans, Holmes Makes It Right, Holmes: Buy It Right, and many more.

Who is Sherry Holmes Married to?

Sherry Holmes is happily married to her husband, Blake Steed. Her husband, Blake is a Canadian builder and TV personality. The couple met first met each other while building the High park’s castle playground in Toronto. After that, they started to date and after a few years, they tied the wedding knot on 13th December 2018 at St. Lucia in a private ceremony in the presence of their close friends and family.

Sherry and Blake welcomed their daughter, Cali Kay Holmes Steed on 22nd April 2019. In the year 2021, Sherry announced her second pregnancy through her Instagram posts. Their married life is going quite smoothly as there is not even a single rumor regarding their divorce or extramarital affairs to date.

How much is Sherry Holmes’s Net Worth?

Sherry Holmes has an estimated net worth of around $1 million as of 2022 which she earned through her career as a TV personality. She earns an income covering from $600k to $800k per year. Besides, she also serves as a motivational speaker from which she earns a decent amount of money. According to some online resources, the average salary for a motivational speaker is $107,173 per year.

Sherry is a hardworking and dedicated lady, so there is no doubt her net worth and salary will surely rise higher in the future days. Currently, Sherry is living a lavish and fulfilling lifestyle with her family members in the United States. On the other hand, her father, Mike Holmes has an estimated net worth of $30 million as of 2021 which he earned through his successful career.

What is the Height of Sherry Holmes?

Sherry Holmes stands at a height of 5 feet 5 inches tall while her body weight is 56kg. Sherry has blonde-colored hair while her eyes are hazel in color.