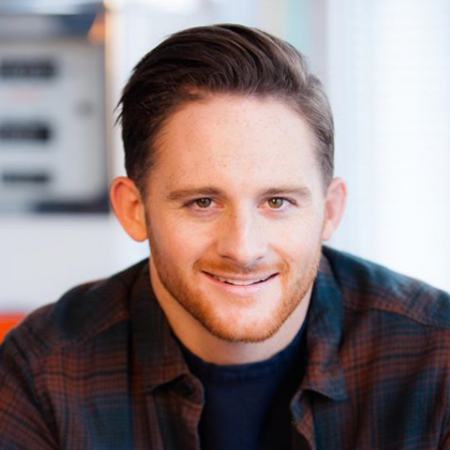 There are so many celebrities who are popular because of their parents’ fame and name.

Although Shelby Blackstock is an American racing car driver, he is popular as the son of country music singers Reba McEntire and Narvel Blackstock.

Shelby Blackstock entered this world on February 23, 1990, in Nashville, Tennessee, the United States as Shelby Steven McEntire Blackstock. His sun sign is Pisces. The name of his father is Narvel Blackstock and his mother is Reba McEntire.

He has an older half-brother, Brandon Blackstock. He also has two older half-sisters. Their names are Shawana and Chassidy. His parents divorced in 2015 after twenty-six years of marriage.

Shelby holds an American nationality and belongs to the White ethnicity. From an early age, he developed his interest in racing. He attended Bob Bondurant Race School in North America. Later on, he dropped out of college and decided to pursue a racing career full-time.

Shelby has a standard height of 5 feet 10 inches. In addition, his weight is 73 kg. Similarly, his eyes look light brown and his hair color is dark brown.

How much is Shelby Blackstock Net Worth and Salary?

Presently, Shelby has a net worth of $8 million due to his racing career. As per some sources, racing drivers earn $5000 to $700 per race, mainly through sponsorship. Likewise, competitive and experienced drivers earn over $100K from each race. Therefore, he might be earning in the same range.

Currently, Shelby is living in a house of $7.9 million on Cherokee Dock Road in Lebanon along with his girlfriend. His net worth will surely increase in the future. Right now, he has 51 Belardi Auto Racing Indy Lights in Mazda Road to Indy for Indy car.

On the other hand, his mother Reba McEntire has a net worth of $95 million as of 2019 from her music as well as acting career. Apart from that, his mother sold an 83-acre lakefront farm in Wilson County to Nashville businessman Deron Lichte for $3.1  million. Besides that, Reba sold her Beverly Hills, Calif Mansion for $22.25 million.

Likewise, his father, Narvel Blackstock earned a net worth of $20 Million as of 2019.

No, Shelby is not married yet. But he is is in a relationship. He is dating Esthetician Marissa Branch since 2016. He keeps posting their pictures on his social media handle. In the present context, the couple is celebrating their blissful love relationship.

They even celebrated their second anniversary in May 2018. His girlfriend and his mother, Reba McEntire are very close to each other as well. The duo never misses sharing the moment they’ve spent together on their social networking sites. It seems that the duo will marry soon within some years.

However, he was not involved in any past relationships. Besides this, there was some rumor about his sexuality. Some sources claimed him as gay. Later on, it proved wrong as he has a beautiful girlfriend.

In the beginning phase, Shelby made his first start in the Skip Barber competition in 2010 as well as 2011.