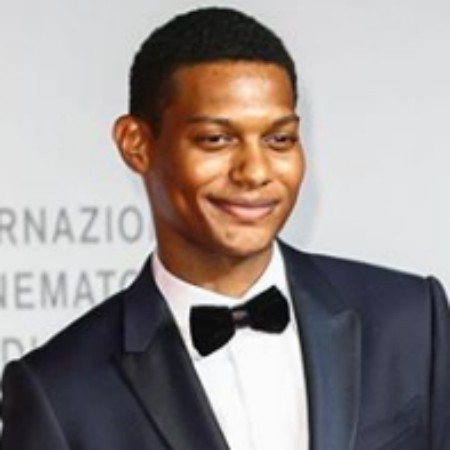 The American actor is well-known for Shane his roles in television shows such as Unbelievable. Moreover, Shane played Connor and Sacred Lies where he played Jude Leland.

What is the Age of Shane Paul McGhie?

Shane Paul McGhie was born on November 26, 1993, in Los Angeles, CA the United States to Jamaican parents. His birth sign is Sagittarius.

Shane holds an American nationality and belongs to an Afro-American ethnical background. Since Shane was a tender age, he was interested in acting.

Since Shane’s high school passion for acting grew. While he received training from the Beverly Hills High School Theatre Arts Department located in Beverly Hills, California. He learned acting under the direction of Herb Hall, Joel Pressman, and Josh Butchart. Similarly, he attended classical vocal training in Madrigals (advanced choir) and was cast in musicals.

After that, he also took the stage in the lead role of Tevye in “Fiddler on the Roof.” in his senior year at Beverly. In June 2011. after graduating, he joined Cal State Northridge located in Los Angeles, California for a year while pursuing his acting career. Later, he transferred to the University of Southern California (USC), located in Los Angeles, California. In the year 2016, he graduated with a BFA in Acting.

Shane Paul is not dating anyone at the moment and seems to be single. However, there is not any sort of information available about his personal life and affairs. He has never been spotted hanging out with any girl in the public. He seems to be pretty secretive in nature. When it comes to exposing his love life in the media, he remains tight-lipped.

Currently, he is focusing on his career rather than involving in any relationship. However, he has a long list of on-screen romances with his co-actor. But he is not linked with any one of his co-actor  We are sure that, the actor is surely enjoying his life spending quality time with his family, friends, and co-workers.

What is Shane Paul McGhie’s Net Worth?

Shane Paul McGhie has an estimated net worth of around $1 Million as of 2022. He earns a handsome amount of money from his appearances in several movies as well as TV series. Similarly, he might earn a salary of around $50,000 per year.

McGhie starred in the 2019 American romantic drama film After earned grossed $69.5 million against a budget of $14 million. Likewise, his other film What Men Want earned grossed over $72 million worldwide against the Budget of $20 million. Currently, he is earning a decent amount of sum and living a lavish life.

In the year 2019, After an American romantic drama film directed by Jenny Gage. The story is based on the 2014 new adult fiction novel of the same name written by Anna Todd. A college student who starts a turbulent relationship with “bad boy” Hardin Scott, played by Hero Fiennes-Tiffin as a film stars newcomer Josephine Langford as Tessa Young.

Similarly, the film was released on April 12, 2019, by Aviron Pictures in the United States. The film grossed a collection of around $69.5 million worldwide against a $14 million budget. It also received unfavorable reviews from critics on the depiction of romance and the slow plot.

The film directed by Adam Shankman is “What Men Want” an American romantic comedy. The film stars Taraji P Henson, Aldis Hodge, Richard Roundtree, Wendi McLendon-Covey, and Tracy Morgan. The film plot follows a woman who, after drinking a potent concoction given by a shaman, gains the ability to hear men’s inner thoughts.

Likewise, on February 8, 2019, the film was released by Paramount Pictures and BET Films. The film also grossed over $72 million worldwide against the Budget of 20 million USD. It also received mixed reviews from critics who praised Henson’s performance. However, the film offered little new to the genre beyond the gender-switching aspect.

In the year 2016, Victor’s film was released. The film is based on the inspiring true story of Víctor Torres. A teen migrant from Puerto Rico was forced to survive the dark streets of Brooklyn in the year 1962. The power of gangs enslaved and the addictions of the neighborhood. However, now he must find freedom before he destroys his family and himself.

Body Measurements and Other Facts

Who is Shane Paul McGhie?

The American actor is well-known for Shane his roles in television shows such as Unbelievable. Moreover, Shane played Connor and Sacred Lies where he played Jude Leland.

Where was Shane Paul McGhie born?

How tall is Shane Paul McGhie?

Shane Paul McGhie stands at a height of 6 feet 1 inch.