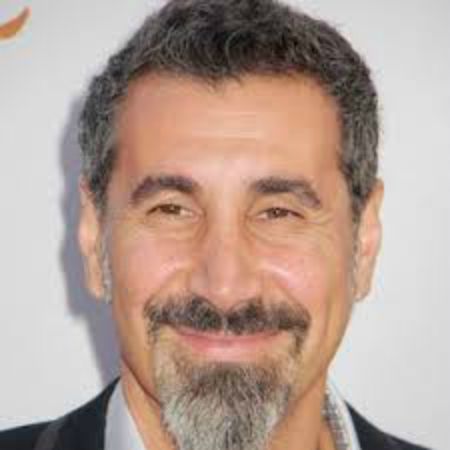 Serj Tankian is an Armenian-American singer, musician, songwriter, and record producer. He is mostly known as the lead vocalist, and songwriter of the alternative metal band ‘System of a Down’. In addition, he has also released five solo albums.

Serj was born in Beirut, Lebanon on August 21, 1967. Currently, he is 51 years old as of April 2019.  His father, Khatchadour Tankian was born to Armenian parents in Aleppo, Syria, and was a musician himself. Whereas his mother, Alice Tankian is also Armenian but unlike Serj’s dad, she was born in Armenia.

Parents migrated to the United States

Serj is the firstborn of his parents and has a younger brother, Sevag. During the time, when his parents migrated to the United States, his English wasn’t well polished due to him being initially brought up in a non-English speaking country. Therefore he studied at Rose and Alex Pilibos Armenian school, which has a reputation of being bilingual and accommodates mostly Armenian immigrants in the United States.

After completing high school, Serj was admitted into California State University where he studied marketing. During his time at the university, he began to gain an interest in music and musical instruments.

Musical Artist Serj Tankian Happily Living his Marital Life with Wife; Do the couple have Kids?

Serj was married to his long-time girlfriend Angela Madatyan on June 9, 2012. The wedding ceremony took place in Simi Valley, California. Her wife is an Armenian-American hairdresser, designer, and stylish. The couple has a son together named Rumi on October 24, 2014. Their marriage is going strong as there is no news regarding any extramarital affairs at present.

Tankian’s album ‘Toxicity’ which was released on the eve of 9/11 was surrounded by various controversies. Additionally, the nature of Tankian’s vocal has also been criticized several times.

What is the Estimated Net Worth of Singer’ Serj Tankian?

Serj gets about $1.5 million as his annual salary as he is a multi-talented musician. However, he has an estimated net worth of around $20 million at present. He must have earned from his five studio albums among other businesses. He also owns a music label called Serjical Strike Records. And even co-founded a non-profit political activist organization named Axis of Justice with Tom Morello.

In 2011, Serj has received the Armenian Prime Minister’s Medal. ‘System of a Down’ has garnered four Grammy Award nominations. Furthermore, the band has also received numerous Kerrang! and MTV awards.

What is the Height of Singer-Serj Tankian?

Serj stands at a height of 6 feet 1 inch tall with a slim body. His weight is 76kg. His hair color is black whereas the color of his eyes is dark brown. He is a satisfied vegetarian and that’s why he changed his way of living.