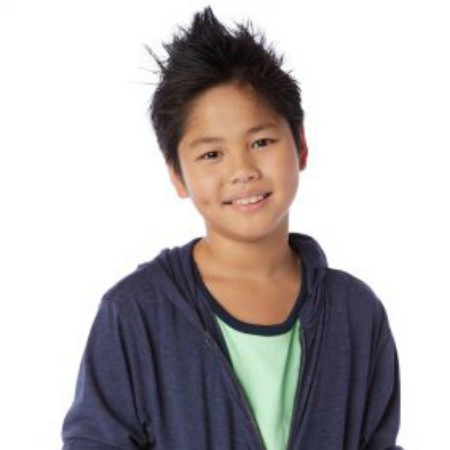 Sean Lew is famous as an American dancer, choreographer, actor, and cook. Sean appeared on The X Factor as a dancer. Also, he has competed in the second season of the Rachael VS Guy Kids Cook-Off.

He came to the media spotlight after a video of him performing in Lady Gaga’s Applause went viral. Let’s know more about his early life, professional career, net worth, and many more.

Sean Lew was born on 25th November 2001, in Walnut, California, the United States of America under the birth sign Sagittarius. As of 2019, he is 18 years old. He generally celebrates his birthday on the 25th of November. Sean is the only son of Chuck (father) and Miya(mother) raised along with two sisters, Sarah and Serris.

His sister, Serris Lew is also a dancer and has performed in many routines with Sean. He became interested in dancing in his early life. Sean holds an American nationality and belongs to a mixed ethnic background (Chinese and Japanese).

Is Sean Lew Single or Dating?

Sean Lew is quite popular among teenagers, thus has some fans going crazy over his personal life details. Once there were rumors flying around that Sean was dating a girl, Sophia Lucia.

Sean Lew has an estimated net worth of around $200k as per some online resources. Also, he is the winner of Chopped Junior’s second season whose winning the prize of $10,000. He has appeared in some TV shows like Glee and Sees Dad Run among others adding more to his net worth.

Moving towards his body physique, Sean Lew stands at a height of 5 feet 7 inches but his exact weight is still under the wrap. He has a natural black hair color and his eyes are also black in color.