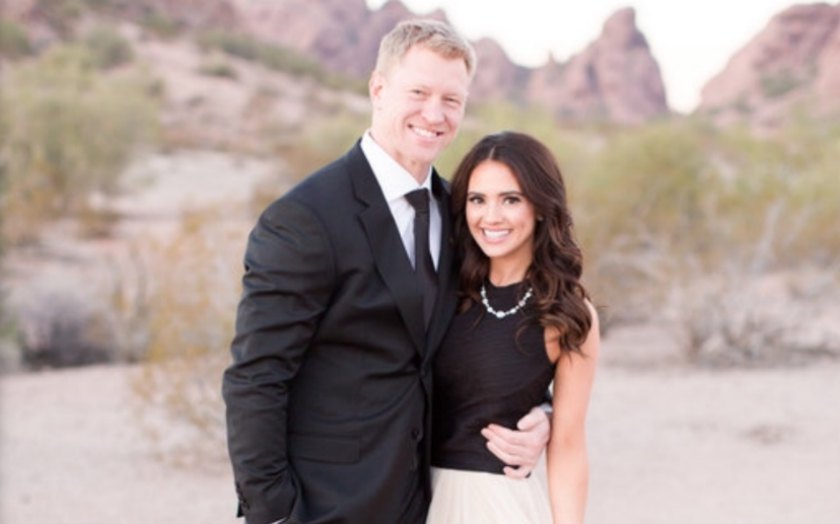 Who is the University of Nebraska-Lincoln Head Coach Scott Frost Wife? When did He get Married?

Scott Frost had a successful career that spanned six years playing for teams like the Tampa Bay Buccaneers, Green Bay Packers, and a couple of others. A well-documented professional life has also included a successful marital life through Scott’s marriage to Ashley Neidhardt.

Who is Football Coach Scott Frost Wife? When did he get Married?

Scott Frost tied the wedding knot with his gorgeous wife Ashley Christina Neidhardt on 11th March 2016. Their wedding held in El Chorro, Paradise Valley, Arizona. Further, they exchange their wedding vows in front of family and friends. Her wife is a graduate of Grand Canyon University. Ashley completed her graduation in 2015 and she was born on 2nd April 1989. They were in a romantic relationship for a long time before getting married.

The couple met in the year 2013 and after two years Frost proposed her for marriage in October 2015. Scott and his wife welcomed their son on 9th November 2017. However, the name of their son is currently not available as they have continued to maintain a low profile that has defined their relationship history. As of now, they are living a blissful lifestyle with his wife and son.

Who is Scott Frost Son?

Scott Frost’s son scored considerable media attention long before he was born and he’ll probably end up having a successful career just like his dad. But it’s quite early to say anything as his mysterious son is still too young living a blissful life under the heavy scrutiny of his mom and dad.

Who are Scott Frost Parents?

Scott Frost was born into a sports family, raised by parents Larry Frost (father) and Carol Frost (mother) who were fierce athletes in their younger years. His father, Larry played college football at Nebraska as a wingback while his mother, Carol was a track and field athlete who competed in the Olympics.

His parents have been married for more than 46 years and have also remained in sports, with both of them being football coaches for over three decades.

Also, he grew up with his older brother, Steve Frost. His brother was the public address announcer at Stanford football games from 1999 to 2016. Also, he played football at Colorado State for two years before transferring to Stanford to join Scott with the Cardinal.