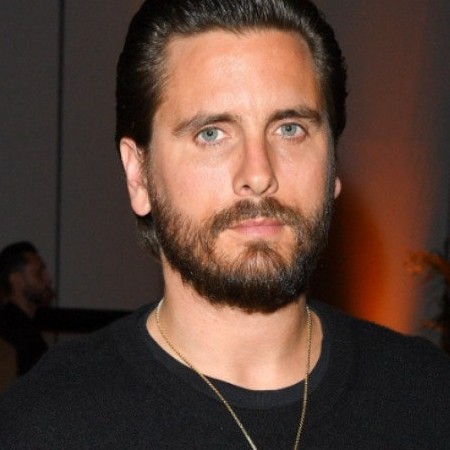 How old is Scott Disick?

Scott Disick was born on 26th May 1983, in Eastport, Long Island, New York. He is 39 years old as of 2022. His birth name is Scott Michael Disick. He was born as a single child of Jeffrey (father) and Bonnie Disick (mother). His star sign is Gemini. Scott is the grandson of David Disick who had discovered luxurious properties. His father worked as a real estate developer. He has no siblings.

His mother died in 2013, following a long illness, and after three months after his mother’s death, his father also passed away. By nationality, Scott is an American, and his ethnic background is a mixture of Maltese, English, and Scots. Disick went to the Ross School in East Hampton, Long Island, where he was also known as a party person.

Who is Scott Disick dating?

Scott Disick is dating Hanna Cross. They have been spotted together on 8th November 2021 in Nobu in Malibu, California. His girlfriend, Hanna is a British model by profession and is also a social media influencer.

The couple has been leading a happy and blissful life together without any sign of breakup or separation. They can be often seen together at several public events.

Previously, Scott was in a committed relationship with Kourtney Kardashian.  Kourtney is also famous on social media. They met at the house party of Joe Francis which was held in Mexico. Then they started dating each other from 2005 to 2015. The Disick couple has three children. They gave birth to their first child on December 14, 2009, named Mason Dash. Whereas daughter Penelope Scotland was born on July 8th, 2012. Reign Aston was their last child born on December 14, 2014.

Disick and his ex-girlfriend are featured in the tv show named keeping up with Kardashian. They had children together before marriage as Kourtney didn’t want to change things. after some time couple broke up even without getting married and have shared custody of their children as a co-parent. However, he dated Lina Sandberg, Megan Blake Erwin, Bella Banos, and Ella Ross.

What is the Net worth of Scott Disick?

Scott, who is a famous actor, model, and reality tv personality has a net worth of $45 million as of 2022. Whereas his salary is $4 million annually. In addition to playing on a variety of reality shows, Disick has invested in many business ventures and had a clothing brand Talentless, sponsored in nightclubs, and running multiple vitamin companies.

With his multiple businesses, he is living a lavish and splendid life in the United States whereas it is not mentioned that he is living single or with his children.

Scott Disick is a property developer. He has owned many houses in Los Angeles. Disick recently bought a house in the year 2018, which costs around  $3.2 million occupying 1.3 acres of land. He then sold that house in November 2020 at $5.6 million after renovating.

What is the Height of Scott Disick?

American media personality Scott has a height of 5 feet and 11 inches and weighs about 72 kg. Scott has dark brown hair color with green colored eyes. His body measurement is not found yet.

When was Scott Disick born?

Whta is the nationality of Scott Disick?

Scott is American by nationality.

What is the height of Scott Disick?

Scott stands at the height of 5 feet and 11.