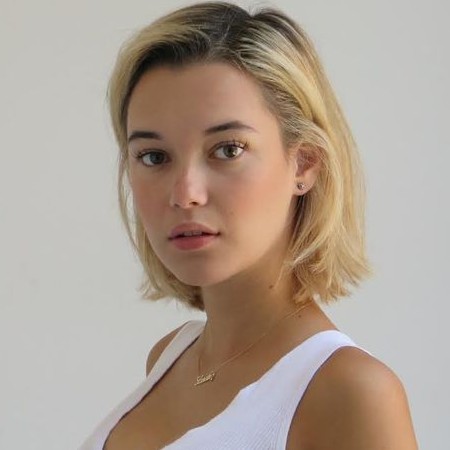 Sarah Snyder came to the limelight as the ex-girlfriend of an American rapper Jaden Christopher Syre Smith.

What is Sarah Snyder’s Age?

Sarah Snyder opened her eyes to this beautiful world on July 30, 1995. She was born in New York City, The United States of America. As of 2022, she is 27 years old. Her full name is Sarah Irene Snyder. According to her full date of birth, her sun sign is Leo. Sarah celebrates her birthday on the 30th of July every year.

Where did Sarah Snyder go to High School?

Sarah completed her high school at Coachella valley Highs school. It is a local school located in Thermal, California.

Is Sarah Snyder dating anyone?

Sarah is currently single. Similarly, she is not dating anyone at the moment. She likes to keep her personal matters lowkey, so she hasn’t shared much of her information on her dating life. But in the coming days, she might start dating the person she loves and wants to spend her life with.

Sarah was previously dating an American rapper and actor Jaden Smith. The paparazzi frequently photographed Jaden and Sarah together since they began dating in 2015. They gained notoriety in 2015 after being photographed holding hands during New York Fashion Week. Rumors that Sarah had cheated on Jaden caused their relationship to suffer.

She was said to have engaged in an illicit relationship with Gunner Stahl, a photographer. After a few of their photos were uploaded to the internet, the rumors started to spread. But neither Jaden nor Sarah mentioned the rumor. Instead, they persisted in publicly displaying their love for one another until their separation in 2017.

Who did Sarah Snyder date before?

Sarah was dating model Ian Connor for two years, from 2014 to 2015. After being seen in a photo with Leonardo DiCaprio, Sarah once garnered media attention.

Why was Sarah Snyder arrested?

Sarah was accused of larceny in 2015. She was charged with stealing an expensive Hermès bag from Penny Pinchers, a consignment store in Bedford, New York’s upscale neighborhood. The theft occurred on February 19, 2015, and Sarah was apprehended by Bedford police after a four-month investigation.

Sarah provided a variety of proofs to support her alibi. She provided evidence that she was in Miami at the time of the theft in the form of plane tickets, images, and cell phone records. Despite this, Sarah was imprisoned for 56 days. She was given a public defender and released on bail after paying an $8,000 fine. The Bedford jurisdiction cleared Sarah of all charges on February 10, 2016.

What is Sarah Snyder’s Net Worth?

Similarly her ex-boyfriend Jaden Smith has an estimated net worth of around $8 million as of 2022. He collected that sum of money from his career as an American rapper, singer, and actor. Aside from his career, he is also earning extra sums from paid partnerships and brand endorsement.

Where does Sarah Snyder live?

Srah currently resides in Huntersville with her family. In North Carolina’s Mecklenburg County, there is a sizable suburb called Huntersville.

No Sarah is not related to Zach. The duo just has the same surname and nothing else. Srah is a model by profession and Zach is an American film director, producer, screenwriter, and cinematographer.

What is Sarah Snyder’s Height?

Sarah stands at the height of 5 feet 7 inches. She has a body weight of around 49kg while her total body measurement is 31-22-32 inches. She has an alluring pair of brown eyes and short silky brown hair.

Does Sarah Snyder have a tattoo?

Yes, Sarah has a tattoo engraved on her body. The outside of her thigh has a tattoo that reads JNS in capital letters and thin, red letters. Likewsie, she has the word LOSE! inked on her left thigh, a dollar sign on her wrist, and a love sign on her finger.