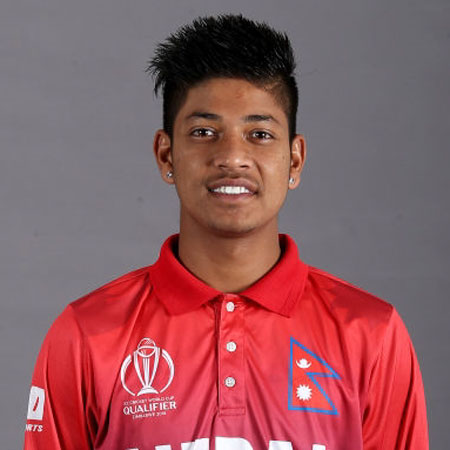 Sandeep Lamichhane is a Nepali International Cricketer who is widely popular as a Leg Break Bowler at the Cricket Association of Nepal. Indeed, he is the first Nepali player to be included in the IPL Auction list hired by Delhi Daredevils.

Sandeep joined CAN on September 15, 2015, and came to the limelight after playing the 2015-2017 World Cricket League Championship on April 16, 2016, against Namibia. Lamichhane, leg-spinner and captain of U-19 Nepal Cricket has been listed in World’s Best Young Cricketer list.

Sandeep Lamichhane was born on August 2, 2000, in Narayangarh, Nepal. Sandeep is a proud son of  Chandra Narayan Lamichhane, an employee of the Indian Railway. Lamichhane grew up in a middle-class Nepalese family.

Sandeep spent most of his childhood days in Aarchaur, Talpokhari of Syangja district. According to the will of his dad, Sandeep migrated to India and he completed his studies until the 4th standard there.

17 years old, Sandeep Lamicchane had bought by Delhi Daredevils Franchise on IPL at a base price of 20 lakh Indian Currency(IC) on 27th April 2017. Furthermore, He is also drafted to play for St Kitts and Nevis Patriots in Caribbean Premier League for $5000.

In 2018, his net worth had an estimated above $42000 through his career as a cricketer. As a salary, he receives $2000 per from the Cricket Association of Nepal(CAN).

Hou much is Sandeep Social Active on Social Sites?