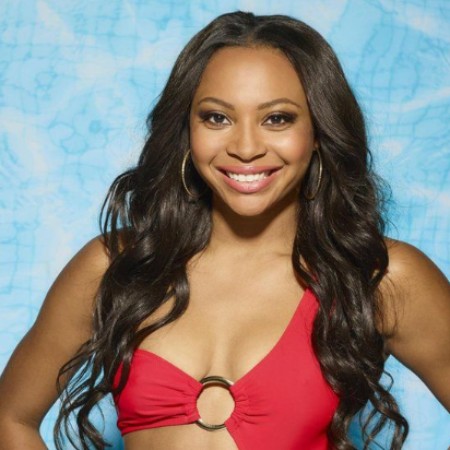 Who are Samira Mighty’s Parents?

Samira was born on 16 November 1995 in Greenwich, London, England. As of 2022, she is 27 years old. According to her birthdate, her Zodiac sign is Scorpio and she usually celebrates her birthday on the 16th of November. Her mother’s name is Tracy Burt. She is self-employed and loves to go abroad.

Mighty grew up with her sister whose nickname is Shanice. She holds an English nationality and believes in Christianity. Moreover, Samira belongs to a mixed race.

What College did Samira Mighty attend?

Mighty attended the Young Dancers Academy in west London. She was well trained in Jazz, ballet, contemporary, tap, and commercial dance styles, as well as singing and dancing at the Millennium Performing Arts College in Woolwich for 3 years.

Is Samira Mighty in a Relationship?

Currently, Samira is not linked with anyone romantically. The actress is single and focuses on her acting and singing career rather than on relationships.

Whom did Samira Mighty date?

Before getting the limelight, Mighty went on a date with the Hollywood actor Chris Pine whom she met at a GQ afterparty in London in 2016. The two dated for a few months and parted away. The actress also dated Frankie Foster. They were the first couple from Love Island 2018 and broke up after dating each other for about 5 months.

The major reason for their breakup is Frankie who cheated on Samira. He was seen kissing another woman in a nightclub. After that, the couple decided to go their separate ways in August 2018.

A chartered accountant from Coventry, Alex Dean fell in love with Samira. He met Samira through his fellow Coventry reality star Niall Aslam, who is rumored to have introduced Alex to Samira after Alex joined a Love Island get-together as a +1. After spending 14 months together, the couple split before the start of lockdown in March.

What is Samira Mighty’s Net Worth?

As of 2022, Samira’s net worth is estimated to be $1.5 million. She has made such an amount of wealth from her primary career as a reality star. Apart from that, she earns a huge amount of income from dancing and singing. She is also active on social media and has a large number of followers on Instagram.

According to some sources, the average amount of income received by reality stars in the UK is estimated to be £250 per week. Since Mighty is a reality star as well as a dancer and singer, we can assume that she earns a quite good amount of money.

How tall is Samira Mighty?

Samira stands at a height of 5 feet 5 inches. She has an hourglass-shaped body whose measurements are 34-27-34 inches. She weighs about 58 kg. The actress has alluring eyes which are dark brown in color and her hair color is black. Likewise, Mighty’s dress size is 4(US) and her shoe size is 7(US).