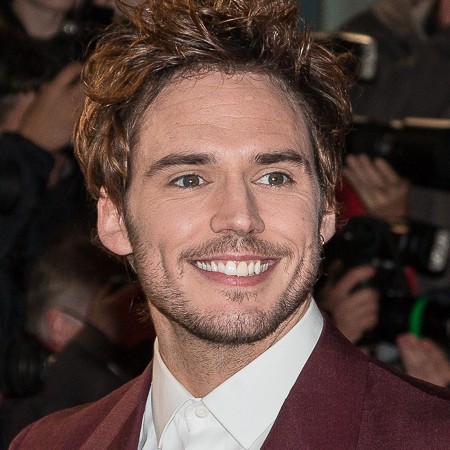 British actor Sam Claflin became a household name when he played Philip Swift in Pirates of the Caribbean: On Stranger Tides.

What is Sam Claflin’s Age?

Sam Claflin opened her eyes to this beautiful world on June 27, 1986. He was born in Ipswich, United Kingdom. As of 2022, Sam is 36 years old. According to his full date of birth, his sun sign is Cancer. Sam celebrates his birthday on the 27th of June every year.

He is the son of Mark Claflin (father) and Sue Claflin (mother).  Newton Cleveland Claflin is his paternal great-grandfather. Sma holds British citizenship and follows Christianity as a religion. Similarly, he belongs to white ethnic background.

What College did Sam Claflin go to?

Sam attended Costessey High School in Norfolk, which is now called Ormiston Victory Academy. He enrolled in Norwich City College in 2003 to pursue a performing arts program after being encouraged to do so by his mother. Claflin later enrolled at the London Academy of Music and Dramatic Art, where he graduated in 2009.

Who is Sam Claflin’s Girlfriend?

Sam is currently dating Cassie Amato. After months of flirtatious Instagram remarks, the couple was seen holding hands during a romantic stroll in London.

During their first outing in public together, they appeared content and at ease. Sam recently gushed on Instagram about model Cassie’s most recent bikini photo session, fueling additional rumors that the two were dating.

Who was Sam Claflin previously married to?

Sam was the spouse of Laura Jane Haddock. By profession, his wife Laura is an  English actress. While attending an audition for the 2011 short film My Week with Marilyn, he first got to know actress Laura Haddock.

Despite the fact that both Claflin and Laura were unsuccessful in getting their desired roles, they grew close. 2013 saw the marriage of Laura and Claflin after a protracted courtship. However, their relationship didn’t last long. In August 2019, Claflin made public his legal split from Laura.

Does Sam Claflin have children?

Yes, Sam has children. He gave birth to two adorable children with his ex-spouse Laura. In 2015, the couple welcomed a son, and in 2018, they welcomed a daughter. Their names are daughter Margot Claflin and their son Pip Claflin.

What is the Net Worth of Sam Claflin?

As of 2022, Sam has an estimated net worth of around $6 million. He made that sum of money from his career as an English actor. An average salary of an English actor is around £26,003.08 per year. He might be earning the same amount or even more from his acting career.

Likewise, his ex-wife Laura has an estimated net worth of around $5.5 million as of 022. She made that sum of money from her career as an English actor. Aside from her career she also earns extra money from different projects, ads, sponsorship, and paid partnership.

Claflin portrayed a football player named Duncan Edwards in the BBC TV-approved telefilm United. The sad events leading up to the disastrous plane disaster that occurred in Munich airport on February 6, 1958, were depicted in the film. The accident claimed the lives of nine Manchester United FC players and three staff members.

What is Sam Claflin’s Height?

Sam stands at the height of 5 feet 11 inches and he has a body weight of 83kg. Likewise, he has an attractive pair of brown eyes and beautiful short brown hair.