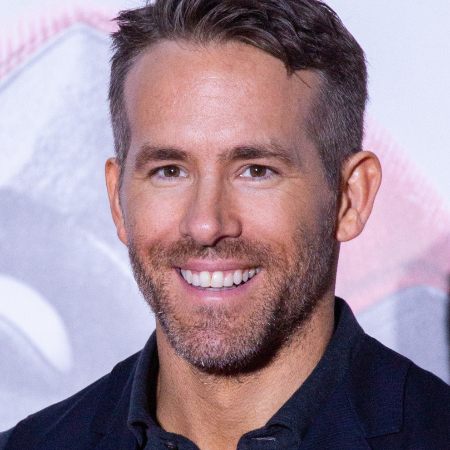 Canadian actor, Ryan Reynolds is famous for his appearance in the famous superhero movie, Deadpool.

How old is Ryan Reynolds?

Ryan Reynolds opened his eyes on 23rd October 1976, in Vancouver, Canada. As of 2021, he is 45 years old while his horoscope is Scorpio. Every year, Ryan celebrates his birthday on the 23rd of October and his birth name is Ryan Rodney Reynolds. His parents are James Chester Reynolds (father) and Tammy Reynolds (mother). His father was a Royal Canadian Mounted Policeman and a wholesaler while his mother was a retail saleswoman.

He grew up with his three brothers, Jeff Reynolds, Patrick Reynolds, and Terry Reynolds. Two of his brothers worked in law enforcement in British Columbia while his other brother is a Royal Canadian Mounted Policeman like his father. His grandfather is Chester Reynolds. By nationality, Ryan is Canadian while he belongs to white ethnical background. Ryan and his family follow Christianity as their religion.

Ryan finished his high school graduation at Kitsilano Secondary School in Vancouver, Canada in the year 1994. After that, he enrolled at Kwantlen Polytechnic University in Surrey, Canada.

What is Ryan Reynolds’s Net Worth?

Ryan Reynolds has an estimated net worth of around $150 million as of 2022 which he earned as an actor. During his appearance in the Deadpool franchise in 2017, he received enough money as his salary with $22 million which made him one of the 20 highest-paid actors on the planet for that specific year. After that, he is kept in the category of actors who can earn $20 million upfront to star in a movie.

He received $27 million upfront for his appearance in the movie, 6 Underground. So, there is no doubt Ryan’s net worth and salary will definitely rise higher in the future days along with his career. Being a successful actor, Ryan makes a hefty amount through endorsements and advertisements of several fashion brands and companies. Ryan is living a lavish lifestyle with his family members.

Ryan purchased a house in Westchester County, New York for $6 million in the year 2012. His house is nearly 9,000 square feet. He also owns a home in Los Angeles which worth is still missing from the media.

Ryan is a happily married man. He tied the wedding knot to his co-star, Blake Lively. His wife, Blake is an American actress. They met for the first time in the year 2010 while filming Green Lantern and they eventually fell in love and started dating in December 2011. After a year, they shared the wedding vows in September 2012 at a private wedding ceremony where their close friends and family were invited.

Since their wedding, Ryan and Blake are leading a healthy married life as there are no details on their divorce or separation to date. The couple often makes public appearances at several public shows and events.

Ryan not just dated Scarlett Johansson, they were married to one another. They started their relationship in the year 2007 and they became serious after some time so they exchanged the wedding vows in September 2008.

Unfortunately, their marriage did not work out so they separated in December 2010. They officially divorced in July 2011 but the reason behind their divorce is still missing from the media.

Other Relationships of Ryan Reynolds

From 2002 to 2007, he was in a relationship with Alanis Morissette. Also, he dated actress, Sandra Bullock and a model, Agnes Fischer in 2011. In the following year, he had a summer fling with Charlize Theron.

Does Ryan Reynolds have three daughters?

Ryan has been blessed with three daughters with his wife, Blake. He welcomed his first daughter, James Reynolds in 2014 while his other two daughters, Inez Reynolds and Betty Reynolds were born on 30th September 2016 and on 4th October 2019 respectively.

Ryan has a special bond with all of his daughters and he loves them the most. The entire Reynolds family lives a happy and peaceful life in Pound Ridge, New York.

Ryan stands at a height of 5 feet 10 inches tall while his body weight of 83kg. He is an athletic guy but he is yet to disclose the body measurements like his chest size, hip size, waist size, biceps size, etc with the media. Ryan’s hair and eyes are dark brown in color.