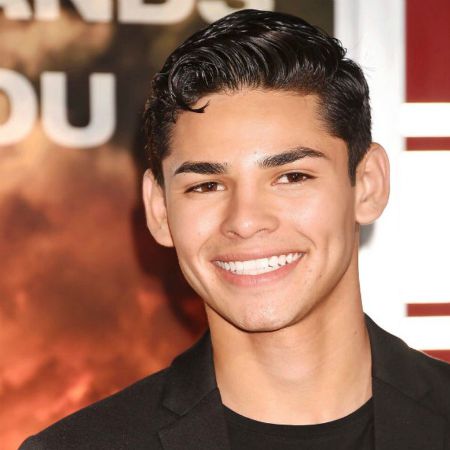 Ryan Garcia is an American professional boxer. Also, he lifts up the Lightweight and Super Featherweight divisions.

Ryan was born on August 8, 1998, in Victorville, California, USA. As of 2019, his age is 21 years old and his zodiac sign is Leo. He holds American citizenship and his ethnicity is Mexican. His father’s name is Henry Garcia and his mother’s name is Lisa Garcia.

His father had a dream to become a boxer like Ryan’s uncle, Sergio Garcia but ended up becoming a trainer. For a long time, Ryan trained with his father, brother, friend, and uncle. Garcia has 4 siblings together and three of them are younger sisters named Demi, Sasha, Kayla and the other is his younger brother, Sean Garcia.

What is Ryan Garcia’s Relationship Status?

However, Ryan has a crush on American singer, Selena Gomez. In an interview with TMZ, he said he would like to date Gomez and admires her wholeheartedly. But, Gomez might not be interested in Ryan as she is looking forward to focusing on her career at present since leaving treatment.

How much is Ryan Garcia’s Net Worth and Salary?

According to the sources, Ryan’s net worth is estimated to be around $200k.

Nevertheless, his boxing endeavor has helped him to earn a considerable amount of money. As per ESPN, he is making $25,000 which is half of what Velez is making. Also, he bought his first car, an Audi RS7.

Garcia has a height of 5 feet 11 inches and he weighs 58 kg. Also, Ryan has light brown hair and light brown eyes. As he competes in the junior lightweight division, his weight should be between 57 and 59 kg at that time.