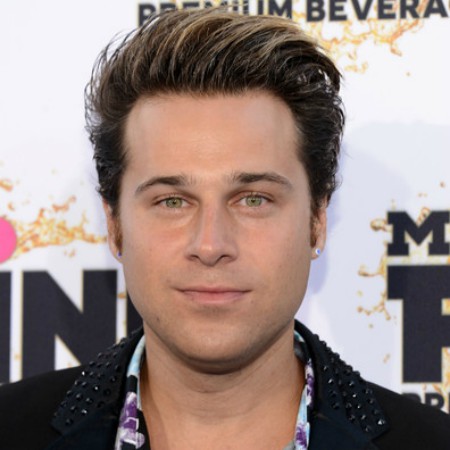 Is Ryan Cabrera Married? What’s His Net Worth as of 2022?

American musician, Ryan Cabrera started his career as a lead singer for the Dallas band Rubix Groove before pursuing his solo career. Also, he is popular for his singles songs On the Way Down in 2003, Say in 2004,  Enemies in 2008, and The Moon Under Water in 2008.

How old is Ryan Cabrera?

The 38-years-old American musician Ryan Cabrera was born on 18 July 1982 in Dallas, Texas, USA. He was raised as a Christian by his Colombian father and an American mother. His birth name is Ryan Frank Cabrera. Having American nationality, Ryan is of mixed ethnicity (Irish, German, English, Lithuanian, and Welsh ancestry).

He enrolled at St. Paul the Apostle Catholic School located in Richardson, Texas. Then he attended Jesuit College Preparatory School located in Dallas. After completing his high school education, he joined the University of Texas at Dallas. Also, he was a member of the popular band Rubix Groove while in college.

Is Ryan Cabrera Married? Who is His Wife?

Ryan Cabrera is yet to be married but engaged with his girlfriend Alexa Bliss. So, Ryan will soon make his girlfriend Alexa wife officially. Now the couple is happily engaged after having a relationship for a long period of time. The couple met for the first time at the FOX premiere of Smackdown in Los Angeles in October 2019.

They were introduced by their mutual friend, The Miz. After their first meeting, they started dating. The couple was spotted together on 2020 New Year’s Eve in St. Louis. Also, they attended the Grammy together in January 2020. So, he is yet to make Bliss his wife.

Ryan had dated The Hills star, Audrina Patridge back in 2018. Their relationship flourished but the duo split in 2010 and again patch up. But they finally ended their relationship in April 2018. Audrina engaged in a relationship with Ryan after eight-month of divorce her husband, Corey Bohan.

Also, there were rumors of Ryan having a relationship with his friend of twelve years, Avril Lavigne, in November 2015. The duo started living together in her mansion in the Sherman Oaks neighborhood of LA according to the source Eonline. He had moved in with Avril two months after she divorced her husband, Chad Kroeger. Also, he split with Katie Krause- a digital host of Entertainment Tonight.

What is the Net Worth of Ryan Cabrera?

The singer Ryan has collected a decent sum of money from his career. Since a young age, he is active in the musical field, so Ryan’s prime source of earning is only a musical career. Ryan Cabrera has an estimated net worth of $2 million as of 2022. Also, he has earned a handsome sum of money by featuring in tv shows. So, he is living a luxurious life out of his own money.