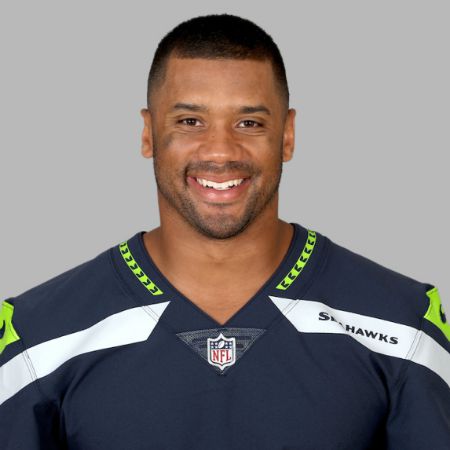 Russell Wilson Net Worth 2022, His Education, Career with Personal Life

Russell Wilson is a well-known American football quarterback famous for the Seattle Seahawks of the National Football League. During the 2011 season, he played college football at the University of Wisconsin. Wilson was selected in the third round of the 2012 NFL Draft by the Seahawks.

Where was Russell Wilson born?

Russell Wilson was born on 29th November 1988 to Harrison Wilson, III, a lawyer, and  Tammy T. Wilson, a legal nurse in Cincinnati, Ohio, in the United States of America. Wilson spent his childhood in Richmond, Virginia.

He has a younger sister, Anna, and an older brother, Harrison IV. At the age of 4, he started playing football with his father and brother. Russell belongs to American nationality and holds African-American and Native American ethnicity. Similarly, he follows the Christianity religion.

He studied at Collegiate School in Richmond, Virginia.

Russell Wilson’s Net worth and salary as of 2022

Russell Wilson is married to American R&B singer Ciara on 6th July 2016. They wed at the Peckforton Castle in Cheshire, England. The duo started dating in 2015 and had announced their engagement on 11 March 2016. They share a daughter, Sienna Princess Wilson born on 28 April 2017.

Wilson was previously married to Ashton Meem in 2012 whom he had met in high school. The couple divorced in April 2014. He had also dated Samantha Hoopes in 2015.

What is the Height of Russell Wilson?