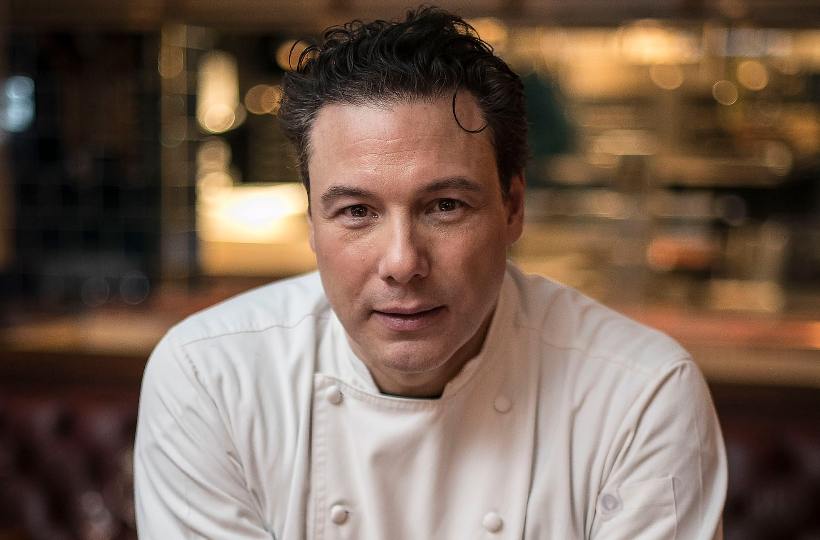 Is American Chef-Rocco DiSpirito married? Who is Rocco DiSipirito’s Wife? Details on his Past Relationships and Family!

American chef, Rocco DiSpirito received the media spotlight for his cooking show on NBC, The Melting Pot. He is famous for his amazing food and several controversies surrounding his time and again, including his relationship status.

Today we’ll talk more about his personal life rather than his professional career which includes his wife, family, and other many interesting facts.

Rocco DiSpirito is single and not married at the moment. Previously, he was married to his college sweetheart, Natalie David. They met each other at their college and they eventually started to date. After some months of their dating, they finally shared the wedding vows in a private ceremony where their close friends and family were invited.

Their married did not last long, so they parted ways through a divorce due to some uncertain reasons in the year 2000. Even after being married for several years, they did not share any child together.

Who is Rocco DiSpirito’s Wife?

As we have already mentioned above, Rocco is unmarried so he does not have any wife at the moment. There is no reliable information about Rocco is dating as his social media also show no sign of a potential relationship. Rocco has not mentioned any lady as his wife or girlfriend at the moment.

Rocco is enjoying his single life and concentrating on his professional career at the moment. However, he might be in search of a loyal and loving partner but he is yet to share the exact news with the media.

Past Relationship of Rocco DiSpirito

Before marrying Natalie, he was in relationships with Katie Brown and Deborah Schoeneman. However, none of their relationships last long so they ended it and separated their ways. After his divorce from Natalie, he started dating an Italian actress, Yvonne Scio. They even got engaged with each other but they called off their engagement and relationship in the year 2004.

Yes, Rocco has somehow an Italian ascent. Though he grew up in Queens, New York, he is the son of Italian immigrants.

How much weight did chef Rocco DiSpirito lose?

Rocco lost around 30 pounds and started his career as a diet guru. For his weight loss, he followed a diet including fruits, vegetables, whole grains, and good fats. He said:

“Everyone thinks I look younger. Some people think I had plastic surgery, which I take as a compliment.”

He also mentioned that along with healthy eating, he workout twice a day.

Rocco is the son of Nicolina DiSpirito (mother) and Ralph DiSpirito (father). He grew up with his two siblings, a brother, Michael DiSpirito, and a sister, Maria DiSpirito. They had some legal process to divide their mother’s estate for three of them in the year 2017.

He attended the Culinary Institute of America in Hyde Park, New York, and completed his education in 1986. He went to Boston University in Boston, Massachusetts and he earned a bachelor’s degree in business administration in the year 1990.