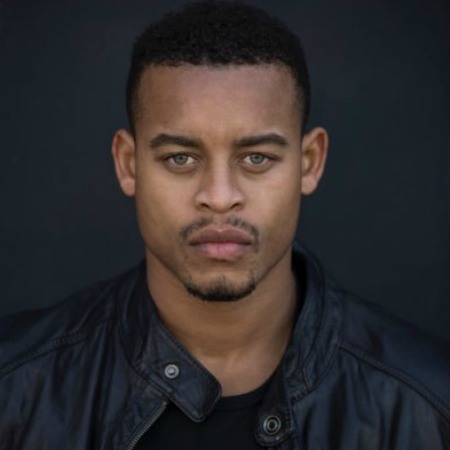 Robert Ri’chard is popular as an American actor as well as a model. He is also regarded as a famous actor in Hollywood. Robert is popular for his role in Coach Carter, One and One, and the House of Wax. In the year 1997, Richard debuted his film career with a minor role in an independent movie His Father’s Shoes.

Robert has appeared in numerous films and TV series like Lights IT Up, The Comebacks, Bolden!, and Chocolate City. In the year 2017, he reprised his role in the sequel to the Chocolate City- Chocolate City, Vegas Trip.

Robert Ri’chard was born on 7th January 1983, in Los Angeles, California, the United States of America. As of 2019, he is 36 years and his birth sign is Capricorn. His mother’s name is Beverly Richard while his father’s name is Jack Richard.

His father, Jack is a famous basketball player whereas his mother is a popular gym instructor. Robert is the only child of his parents. Robert holds an American nationality and belongs to African American ethnicity.

He attended Palms Middle School in Los Angeles, California. He was asked by his father to get into sports after his graduation but he denied it.

Net Worth and Salary of Robert Ri’chard

Robert has a wonderful career with an estimated net worth of around $400k. He featured in the movie House of Wax in the year 2005 which became the instant hit at the box office grossing over $70 million while its production cost was only around $40 million. He has garnered such a tremendous amount through his two-decades-long efforts and contribution to the film industry.

Robert has continuously being seen playing varieties of roles in many sitcoms, soap operas, and movies. He also frequently serves as a producer for some projects. It is sure that the actor has still greater chances to increase his revenue in the coming years with more effort and work.

Robert Ri’chard is currently in a relationship with his girlfriend, Meg Ellspermann. Her girlfriend, Meg is an owner and the CEO of Oro en Fuego. He uploaded a picture which told that they were in a relationship since the year 2009. Robert is also in a good relationship with Meg’s family and they often go on a family trip together. The couple celebrated their 2019 Valentine’s Day together and shared the photo on his official Instagram account and described her as his heaven on earth.

Previously, Robert was in a relationship with American actress, Kyla Pratt from June 2003 to July 2004. He also dated his co-star in the movie, Chocolate City, Vivica A. Fox. The couple used to have dinner together but later they got separated while the reason for their separation is still under the wrap.

Robert stands at a tall height of 5 feet 9 inches with his body weight is around 73 kg. His hair is black in color and his eyes are dark brown in color.