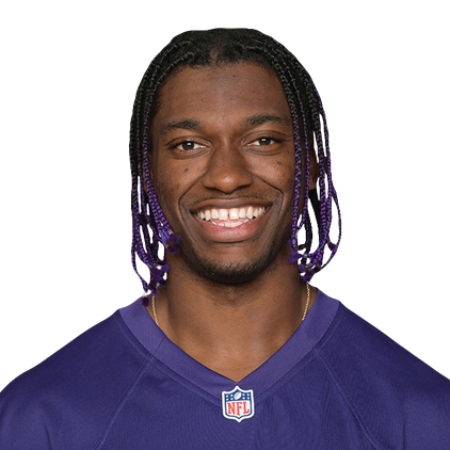 Robert Griffin III is a professional American football quarterback who plays for the NFL.

Robert Griffin III was born on 12 February 1990 in Okinawa, Prefecture, Japan as Robert Lee Griffin III. Currently, he is 29 years old. He is the son of Jackie Griffin and Robert Griffin Jr. Robert holds an American nationality and belongs to African descent.

What University Did Robert Griffin III go to?

He went to Copperas Cove High School and further joined Baylor University. While he was still in school, he was a three-sport athlete as he played basketball, football, and track. Robert put up top-notch performances in football and track and thus, he was the toast of many college recruiters.

Robert Griffin III has an estimated net worth of $13 million with he earned from his professional career. His net worth includes all of his properties and earnings. Likewise, recently on 4th April, he inked a 1 year, $1,100,000 contract with the Baltimore Ravens, including a $100,000 signing bonus, $100,000 guaranteed, and an average annual salary of $1,100,000.

Griffin is spending a very luxurious life along with his family. He has small but very elegant car collections. He is using the lavish Continental GTC V8 along or his Ford truck. Moreover, he also owns a Luxury mansion in Leesburg and the estimated value of this property is around $2.78 Million.

Talking about his personal life, he married twice in his life.  First of all, he tied the knot with his long-term girlfriend Rebecca Liddicoat on 6th July 2013. Moreover, the couple also welcomed their first child, Reese Ann Griffin, on 21st May 2015. But, they divorced in 2016.

After that, on May 13, 2017, Griffin got engaged with Estonian heptathlete Grete Sadeiko. The couple also shares a baby girl Gloria Griffin on 2nd July in the same year of their engagement. The couple married on 10th March 2018.

Before his marriage with his first wife Rebecca, Griffin was involved with a lady named Meredith Barber. As for now, the couple is spending a blissfully married life.

Regarding his height, Griffins stands at a height of 6 feet 2 inches whereas weighs around 102 kg. Moreover, he has got black hair and a black pair of eyes.