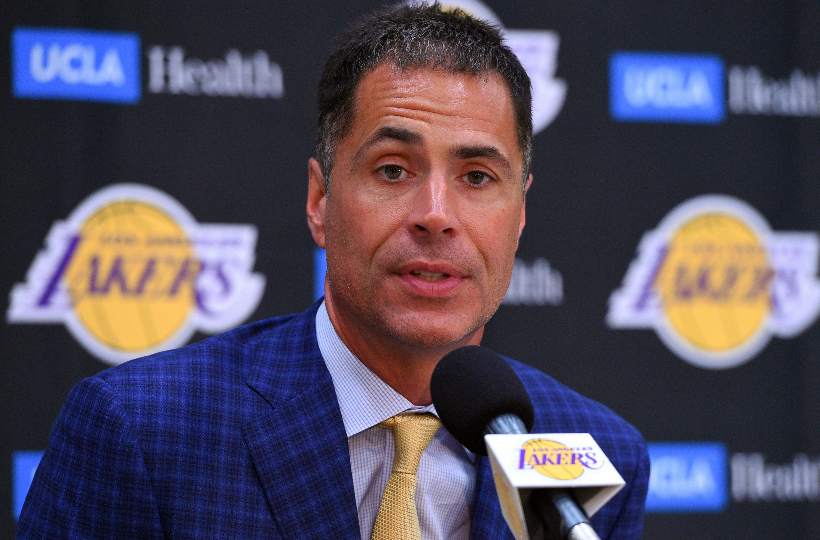 Yes, Rob Pelinka is a married man. He tied the wedding knot to his beautiful wife, Kristin Schwarz in August 2005 They dated for few years and finally engaged in June 2005. After a few months of their engagement, they eventually tied the wedding knot in a private wedding ceremony where their close friends and friends were presented.

Since day one, Rob and Kristin have been inseparable and they are leading a happy and healthy married life. There is not even a single rumor regarding their divorce or any extramarital affairs which may affect their marriage.

Who is Rob Pelinka’s wife?

Rob Pelinka’s wife, Kristin is a pediatrician by her profession. She entered this world as Kristin Brett Schwarz on 2nd September 1976, in Corona del Mar, California, the United States. After graduating from Duke University and then UCLA’s School of Medicine, she completed her pediatric residency at Cedars Sinai Medical Center in Los Angeles.

Kristin has been working as a pediatrician at multiple clinics since 2006. In an interview with some online media, she talked about what inspired her to become a doctor. She said:

Does Rob Pelinka have a son?

Yes, Rob has a son in fact he has two children, a son, and a daughter. His son is Durham Pelinka while his daughter is Emery Pelinka. However, the birthdate of Rob’s children is yet to disclose.

Rob has a special bond with his both children. The entire Pelinka family lives a happy and peaceful life in the United States.

Rob was born to Robert Todd Pelinka, Sr (father) while his mother’s name is still missing from the media. He mentions his father as an idol because his father was a high school basketball coach who taught Rob the basics of the game.

Due to his secretive nature, Rob has not disclosed much information regarding his family members. So, it is still unclear if Rob has any siblings or not.

What college did Rob Pelinka go to?