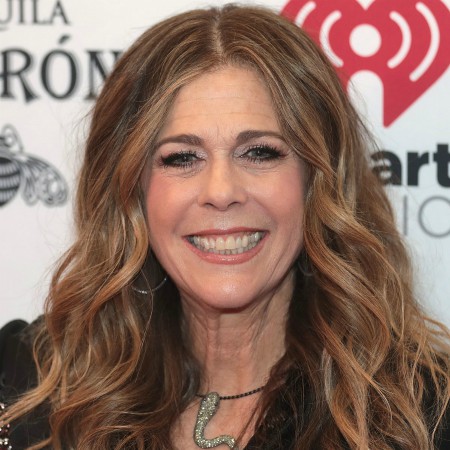 American actress, singer, songwriter, and producer, Rita Wilson who is well-known for Jingle All The Way (1996), collected a gross of $129 million worldwide, & recouping its $75 million budget. Also, she is popular for her movies  Sleepless in Seattle in 1993 and Now and Then in 1995.

Wilson is Related to Greek-American Ethnicity

Born as the daughter of Dorothea Tzigkou (mother) & Hassan Halilov Ibrahimoff  (father) in Hollywood, California born on October 26, 1956. Her birth name is Margarita Ibrahimoff & changed to Rita Wilson. She is of Greek-American ethnic group and has American citizenship.

Suffering from Coronavirus along with Husband

Rita Wilson is tested positive with coronavirus along with her husband Tom Hanks. She with her husband were diagnosed with the coronavirus while in Australia and have been in quarantine there.  She is trying to deal with being cooped up according to her official Instagram account.

“Quarantine Stir Crazy,” the caption on a video she posted late Saturday of reads. “See it to believe it.”

Also, her video of rapping went viral while, she is staying in quarantine. In her video, she is reading the sci-fi novel “Ender’s Game” by Orson Scott Card when the 1992 hip hop hit “Hip Hop Hooray” by the rap group Naughty by Nature comes on.

In her Instagram live video, more than 100,000 people watched then she proceeds to rap the Naughty by Nature lyrics. Currently, the couple is living in quarantine and recovering well. Wish for their speedy recovery.

What is the Net Worth of Rita Wilson?

American actress, producer, and singer, Rita Wilson have an estimated net worth is around $100 million as of 2022. She has appeared in more than 75+ movies & series from where Rita collected this hefty amount. When Rita’s net worth is mixed with her husband Tom’s combined net worth is $400 million.

Real Estate Assets of the Couple

The couple bought a large oceanfront mansion in the uber-exclusive Malibu Colony for $2.95 million in April of 1991. The seller of the house was director John Frankenheimer. Today the value of this house is around $20 Million.

Also, they spent $26 million to acquire what would become their primary residence in the Pacific Palisades area of Los Angeles in January 2010. They sold two side-by-side homes in the Palisades for $18 million in May 2017. The buyer of the house demolishes the two homes to make way for a very large single mansion.

The power couple owns at least five other homes in the Pacific Palisades. Also, they own a ski house in Sun Valley Idaho. The couple in total has a real estate asset portfolio is worth at least $150 million.

Married with Tom Hanks Since 1988

Rita Wilson is happily married to Tom Hanks. Rita & Tom first crossed paths on a TV set. Then they met in 1981 on the set of Bosom Buddies in 1980 when she guest-starred as Peter Scolari’s Satan-worshiping girlfriend. However, their relationship wasn’t kindled until they were reunited on the set of Volunteers.

The couple exchanged the wedding vows on April 30, 1988, and together since. Form their married life, the couple welcomed two children. The couple blessed with an elder son Сhеt Наnkѕ, bоrn оn Аuguѕt 4, 1990. Then, they welcomed second son Тrumаn Тhеоdоrе Наnkѕ bоrn оn Dесеmbеr 26, 1995. Rita & Tom have been married for more than dесаdеѕ.

Her Husband’s Past Affair with Actress

Previously, her husband Tom was married to Samantha Lewes in the year 1978. His ex-wife Lewes is also an actress. The former couple blessed with a dаughtеr Еlіzаbеth Наnkѕ & a son, Соlіn Наnk who is mоvіеmаkеr аs well as an асtоr.

Unfortunately, the couple divorced in the year 1987.

A Career As an Actress and A Producer

Who is Rita Wilson?

She is an American actress, singer, songwriter, and producer. Rita Wilson who is well-known for Jingle All The Way (1996), collected a gross of $129 million worldwide, & recouping its $75 million budget. Also, she is popular for her movies  Sleepless in Seattle in 1993 and Now and Then in 1995.

She is of Greek-American ethnic group and has American citizenship.

When was  Rita Wilson born?