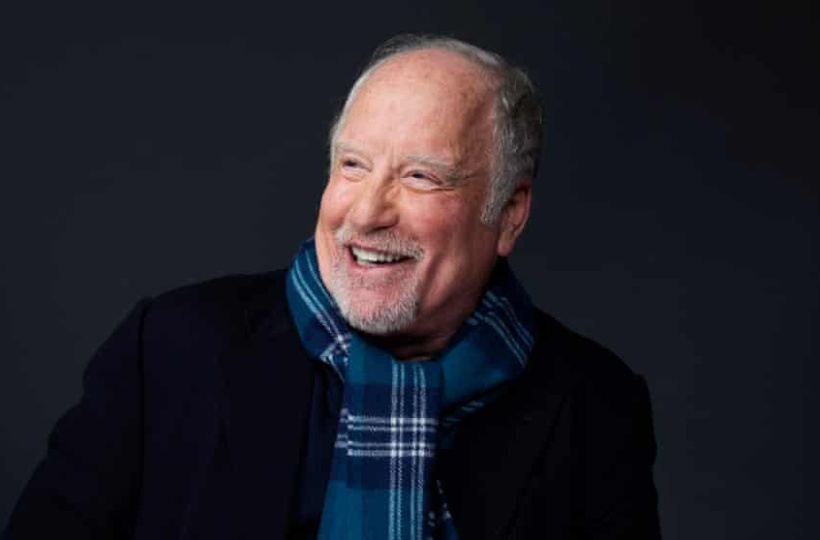 American actor, Richard Dreyfuss is famous for appearing in movies during the 1970s, 1980s, and 1990s. Some of his notable works include Stand by Me, Close Encounters of the Third Kind, The Goodbye Girl, and so on.

Many of his fans are curious to know more about his personal life including his spouse, children, parents, and other many interesting facts. In this article, we’ll talk more about her personal life rather than his professional life, so stay tuned!

Yes, Richard Dreyfuss is still married to his wife, Svetlana Erokhin. The couple tied the wedding knot on 16th March 2006 at a private wedding ceremony in Harrisonburg, Virginia where their close friends and family were invited. But it wasn’t the first time for both of them to get married as they already shared the wedding vows previously with their former partners. In fact, Svetlana is Richard’s third wife.

Unlike their other marriages, Richard and Svetlana are more dedicated to their marriage as they are living together for more than 15 years now. The couple also makes public appearances together at several events and openly expresses their love and affection for each other. Currently, they are living a peaceful life together in San Diego, California

Who is Richard Dreyfuss’s Spouse?

Richard’s spouse is Svetlana Erokhin. He has not shared much information regarding her profession but it is known that Svetlana was arrested in Encinitas, California after mashing her car into a wood fence on 2nd June 2014. After some investigation, she told the media that she had drunk one glass of wine and passed field sobriety tests.

Svetlana is a supportive wife as she has supported her husband in her all of his ups and downs. When Richard suffered from depression and anxiety Svetlana was the one to support and help him to get over it. He talked with some online media saying:

“It’s like the night before the test and you aren’t really sure about the subject and this balloon of self-loathing starts to swell up fast in anticipation of failure, I lived that feeling every day, every minute for my entire life.”

As we have already mentioned above, Richard has married thrice in his life. At first, he tied the wedding to American writer, Jeramie Rain in 1983. However, their marriage could not last long so they parted ways through a divorce in 1995.

After four years, he again shared the wedding vows with Janelle Lacey in 1999. Like his first marriage, their marriage also failed for some uncertain reasons which led them to divorce in 2005.

Does Richard Dreyfuss have a Child?

Who are Richard Dreyfuss’s Parents?

Richard was born to Norman Dreyfuss (father) and Geraldine Dreyfuss (mother). His father was a lawyer while his mother was an actress. When Richard was nine years old, his father move to Los Angeles, California. Later, his father left Richard and remarried other women more than once.

He grew up with his brother, Lorin Dreyfuss who is also an American actor. His maternal family was Russian-Jewish while Richard’s grandparents were Austro-Hungarian Jewish immigrants.

Where did Richard Dreyfuss go to College?