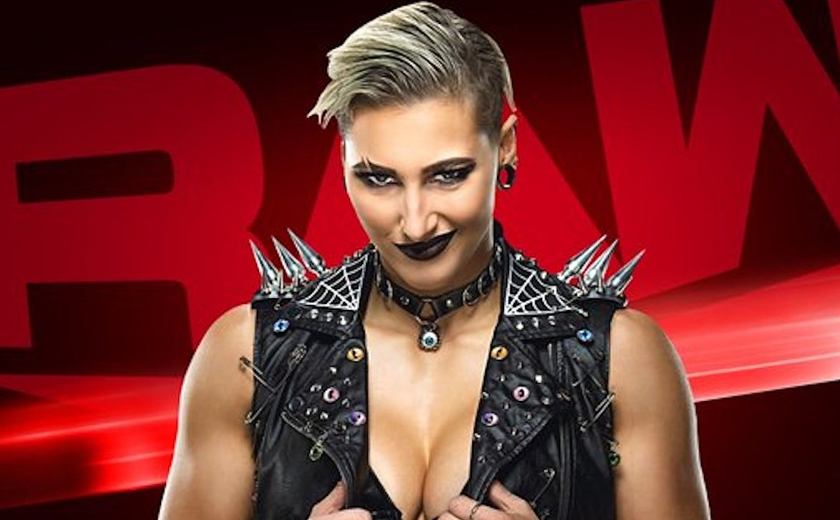 Rhea Ripley is an Australian professional wrestler who is widely famous for wining an NXT Women’s Championship. After competing on the independent circuit under her real name since 2013, she joined WWE as part of the inaugural Mae Young Classic in the year 2017. Many of her fans are curious to know about her personal life, boyfriend, and many more. Here is some truthful information regarding her personal life.

Does WWE’s Rhea Ripley have a Husband?

Rhea Ripley has not married yet. So, she does not have any husband for now. If she ever tied the knot with someone then she will surely talk about it to the media or public. As of now, she is unmarried and quite busy focusing on her career as a professional wrestler.

Is Rhea Ripley in a Relationship with her Boyfriend?

Yes, Rhea Ripley is madly in love with her boyfriend, Action Jackson. Her boyfriend, Action is also a pro wrestler but he hasn’t been wrestling for very long at all. It is said that Action started pro wrestling as his profession only after meeting his girlfriend, Rhea. On 3rd October 2019, Rhea opened up their relationship through a social media post. It seems like she is having a great time with her boyfriend as we can see many posts of them together on Instagram.

Rhea disclosed how she met her boyfriend Action while speaking to some online media. She said:

“So, we actually met in the gym. I think he knew that I was a wrestler, but he had been wrestling for two months. He was the new guy at my gym. I was very lonely at that time. I made friends with all the staff members at my gym because I didn’t want to go home; there wasn’t anything there for me.”

“Kevin was the new guy, and he sorta started talking to me. Next, I knew, it was two hours later. I was like, this guy is cool. I actually don’t mind talking to him.”

The couple has even started a YouTube channel in the year 2020 where they post many videos like exercising together and doing other YouTuber couple stuff. As of now, Rhea and Action are blissfully enjoying their relationship and there is no sign of separation.

Is Rhea Ripley Heel or Face?

Rhea Ripley turned heel on Asuka during a tag team on WWE Raw. Rhea tossed her back into the ring, right in time for a running knee from Shayne Baszler to give the tag team champions the victory. After that, she relished at ringside while Asuka remained unconscious.

In the year 2018, Rhea participated in the 2018 Mae Young Classic sporting her new look. At that time, she showed a disrespectful attitude and a new aggressive look establishing herself as a heel in the process. She was able to defeat MJ Jenkins, Kacy Catanzaro, and Tegan Nox in her first three matches. However, she lost to Io Shirai in the semi-finals.

Rhea Ripley has an inspired look and short hair which perfectly matches her personality. During her appearance on Chasing Glory, she disclosed her story about her short hair. She said:

“I decided to wet my hair beforehand because it was just too hot. Because I was actually dying backstage and then I went out there, wrestled, came back and I was like, ‘That was the best thing I have ever done.’ So now I just do it from now on.”

Once her fan asked Rhea to bring back her long hair but she responded by saying:

What is the Real Name of Rhea Ripley?