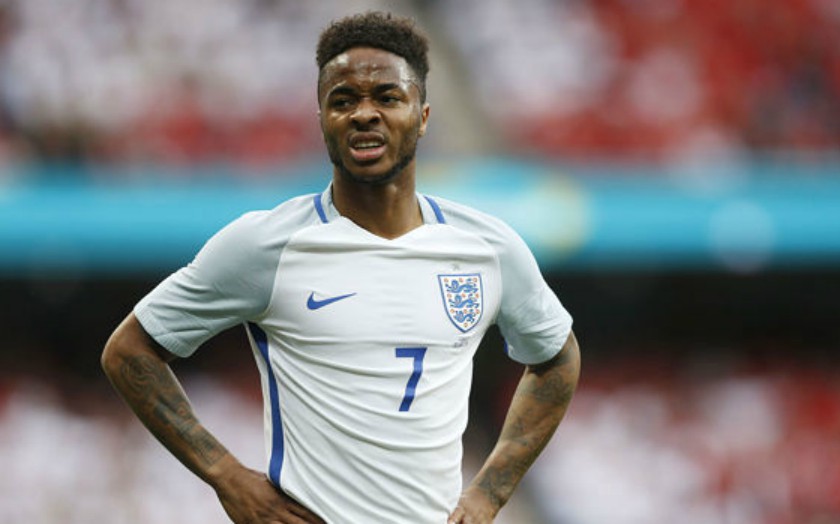 “Premier League club Manchester City’s A Winger & Attacking Midfielder Raheem Sterling Wife/ Before Marriage, How many Kids they Blessed with?

Raheem Sterling is a professional English footballer. Currently, he plays as a winger and attacking midfielder for Premier League club Manchester City and the England national team. Similarly, he is recognized to be one of the best players in the world.

No, Paige Milian is only Raheem Sterling’s Fiancee yet to be his wife officially. The couple has shared a healthy relationship with each other. After scrolling through his officially Instagram account, we can see them together spending their quality time with each other.

In March 2018, he proposed his girlfriend with a HUGE diamond ring. His girlfriend accepted his proposal and said “Yes”. However, the couple has not revealed their date of marriage in the media. Raheem Sterling’s future wife would be Paige Milian.

Who is Raheem Sterling’s Girlfriend?

Raheem’s girlfriend Paige Milian is a model and a video blogger from North London. She started working as an accountant after leaving high school. She is a property development student. Paige is working with PrettyLittle Things as one of their social media influencers. Moreover, she is a youtube video blogger who shares insights into her home life on her YouTube channel, named Paige Milian.

She has more than 54.4 k followers on her official Instagram account from uploading pictures of herself and their children to her page. Currently, she is living together with her future husband in his £3.5 million home in Cheshire after he joined Manchester City on a £49 million transfer in 2015.

The Father of Two, Before Marriage from Relationship with Paige

Raheem is the proud father of two kids from his relationship with Paige. From their relationship, they welcomed two kids. In 2012, the couple welcomed their daughter Melody Rose Sterling. After 5 years, they again blessed with a son Thiago Sterling born in the year 2017.

Why Did Raheem Sterling Arrest for?

Raheen was arrested for an alleged common assault on his former girlfriend, a model on 8 August 2013. However, he was not found guilty at Liverpool Magistrates Court on 20 September. His ex-girlfriend was unable to offer consistent evidence.

After that, he was again charged with a common assault on a different woman was dropped after a witness failed to turn up to court a few months earlier, on 20 May 2013. Similarly, he came into limelight for his smoking picture of a shisha pipe.

Apart from Paige, Raheem involved in many other affairs previously.  From his previous relationship, he has shared a daughter named Melissa Clarke. However, the name of her mother is missing.

English Footballer came into Controversy because of Tattoo

Just because of Raheem’s tattoo on his leg which shows an M16 gun. He created a lot of attention towards him when World Cup 2018 just knocking the doors. The player shared his thought on his tattoo which has a deeper meaning for him.

“When I was 2 my father died from being gunned down to death I made a promise to myself I would never touch a gun in my lifetime, I shoot with my right foot so it has a deeper meaning and still unfinished.”

Also, his clearly visible tattoo on his right calf of an assault rifle concern for anti-gun campaigners.

After the match against Chelsea, the player was abused by a nearby fan through racism comments. Surprisingly, he had been a victim for quite a few times of racism.

After that, he took the help of social media sites Instagram to express his feeling of being treated differently just because of skin colour.  He also received support from other players.

Related Posts of “Premier League club Manchester City’s A Winger & Attacking Midfielder Raheem Sterling Wife/ Before Marriage, How many Kids they Blessed with?