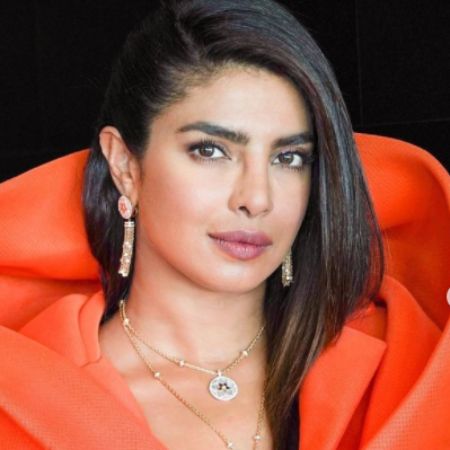 What is the Nationality of Priyanka Chopra?

Priyanka Chopra was born on 18 July 1982, in Jamshedpur, Bihar, India. As of now, she is 39 years old. By birth her zodiac sign is Cancer. By nationality, Priyanka holds Indian citizenship and South-Asian ethnic background. Similarly, she follows the Hindu religion. Ashok Chopra is the name of her father. Her father was Punjabi from Ambal. Madhu Chopra is the name of her mother.

She was from Jharkhand. Similarly, Priyanka is not only the child of her parents. She has one brother. Siddharth Chopra is the name of her brother who is seven years junior to her. Madhu Jyotsna Akhouri and Manohar Kishan Akhouri are the names of her grandparents. Since her childhood days, Priyanka was very interested in the field of acting. Also, her parent supports her to fulfill her dream.

How did Priyanka Chopra’s father pass away?

Priyanka’s father Ashok Chopra died on June 10, 2013, who was a physician in the Indian Army. The main reason behind his death is Cancer. He left this beautiful world at the age of 62. Ashok had been fighting cancer for a long period of time. This was very sad news for his family members, friends, and relatives as well.

Where did Priyanka Chopra complete her education?

After that, she attended St. Maria Goretti College in Bareilly. When Priyanka was at the age of thirteen she came to the USA for her further study and stayed with her aunt. Then she studied at the Basant Singh Institute of Science.

Who is the Husband of Priyanka Chopra?

Well, Priyanka is a happily married woman. She got married to her long-term boyfriend Nick Jonas. By profession, her husband is an American singer, songwriter, and actor. Before exchanging their marriage vows the love bird was in a relationship for a couple of years. At first, Nick proposed to Priyanka while celebrating her birthday in London. After that, they got engaged on 18th August 2018 in India in the Hindu tradition.

After some months they tied the wedding knot in Indian and Christian rituals in front of their friends and family on December 1st, 2018. As of now, the couple is living happily. Before this, she was in a romantic relationship with an Indian actor Herman Baweja from the year 2007. After two years she began dating Shahid Kapoor. In the year 2011, they end their bond.

Priyanka has been a part of rumors. There was a rumor that she hooked up with Assem Merchant. There was also news that she is having an affair with actor Shahrukh Khan and another actor Ranbir Kapoor. But she did not confirm this news.

What is the Net Worth of Priyanka Chopra?

Priyanka is a millionaire. She has a whopping amount of net worth. As of 2022, Priyanka has an estimated net worth of around $70 million. Similarly, she has an annual salary of around $10 million.

Similarly, Priyanka is able to collect this decent sum of fortune from her successful long-term career as an Indian actress, singer, model, film producer, and philanthropist as well.

Where do Priyanka and Nick live now?

As of now Priyanka and her husband Nick live in a beautiful mansion in Los Angeles. Her husband Nick also share a video of the house. She also said that India is her home country. But she keeps traveling all over the world.

Both Priyanka and Deepak share the same surname but they are not related to each other. They don’t know each other personally. Priyanka also said that she gets asked if she is related to Deepak a lot.

How Tall is Priyanka Chopra?

Priyanka is a beautiful girl with a charming personality. Also, she is both mentally and physically fit. She has git a perfect height of 5 feet 5 inches tall. Similarly, her total body weight according to her height is around 60 kg. Her total body measurement size is 35-24-34 inches. Priyanka wears a bra size of 32 C. Chopra wears a dress size and shoe size of 6 US and 7.5 US. She has attractive dark brown color eyes with dark brown color hair.