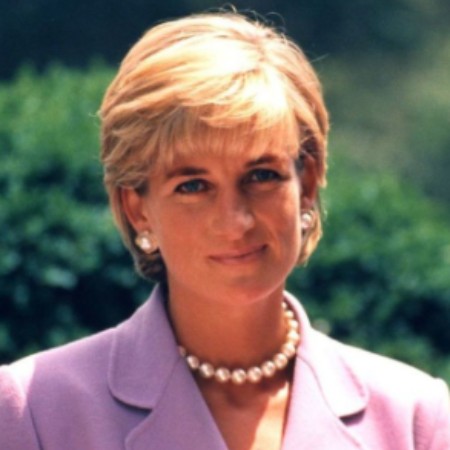 Princess Diana came into the limelight after being a member of the British royal family when she married Charles, Prince of Wales, in the year 1981.

When was Princess Diana born?

Sadly her brother, John, died shortly after his birth one year before Diana was born. She spent her childhood in Park House, situated on the Sandringham estate. Her parents got divorced when she was seven years old. After the divorce, Diana lived with her mother in London during her parents’ separation in the year 1967.

Regarding her academic qualification, Diana was enrolled at the Riddlesworth Hall near Diss, Norfolk. After that, she took admitted to the boarding school, The New School at West Heath, in Sevenoaks, Kent. She is not so good at her study and it is said that she failed to clear all of her O-levels twice.

What was Princess Diana’s Net Worth?

Princess Diana had an estimated net worth of $41 million at the time of her death. Most of the income came from the settlement following her divorce from Prince Charles. Also, Princess left a reported $9 million for her eldest son, Prince William.

What Cause Princess Diana’s Death?

Princess Diana died in a car crash in the Pont de l’Alma tunnel in Paris while the driver was fleeing the paparazzi on 31 August 1997. With Princess Dodi Fayed and Henri Paul, the driver had died, the lone survivor being Trevor Rees-Jones, the bodyguard of the two. British television audience peaked at 32.10 million, which was one of the United Kingdom’s highest viewing figures ever at the time of the televised funeral, on 6 September.

Marriage and Divorce of Princess Diana

Prince Charles proposed to Diana with an 18-karat white gold ring topped with a 12-carat oval Ceylon sapphire surrounded by 14 solitaire diamonds on February 6, 1981. But after Princess’s death, her son Prince William proposed with the ring to Kate Middleton, Duchess of Cambridge. The couple gets married on July 29, 1981. Their wedding ceremony held at St. Paul’s Cathedral in the presence of 2,650 guests.

At the time of the wedding, Diana wore a taffeta wedding dress made with silk and antique lace and 10,000 pearls, created by husband-and-wife design team David and Elizabeth Emanuel.

This wedding ceremony of a royal is broadcast on television around the world; nearly one billion people from 74 countries tuned in to see what many considered to be the wedding of the century. From their marriage, the couple became the parents of two sons. Prince William Arthur Philip Louis and Prince Henry Charles Albert David are the names of her two sons.

After some years of marriage, Diana’s separation from Charles was announced in December 1992 by British Prime Minister John Major, who read a statement from the royal family to the House of Commons. In August 1996 their divorce got finalized.

After that Diana struggled with depression and bulimia. To officially end their marriage Queen Elizabeth II urged. After her divorce, Diana devoted herself to her sons and charitable efforts, including raising awareness about the dangers of leftover landmines in war-torn Angola.

The Career of Princess Diana

What did Queen Elizabeth think of Princess Diana?

Elizabeth was very much clear about the match between Diana and Prince Charles. The Queen thought Diana quite suitable for Charles.

“She was very much a hit with the royal family—they really warmed to her. Diana worked very, very hard to ingratiate herself and to model what she thought being a princess would entail, and she did it very successfully.”

Yes, Princess Diana was the daughter-in-law of Queen Elizabeth. Diana used to be afraid of the late Queen Elizabeth II and they had an uneasy relationship.

Why is Princess Diana still so famous?

Diana was very famous because she was a very devoted mother and advocate for children. She used to share information like AIDS-related causes, and victims of landmines with their children.